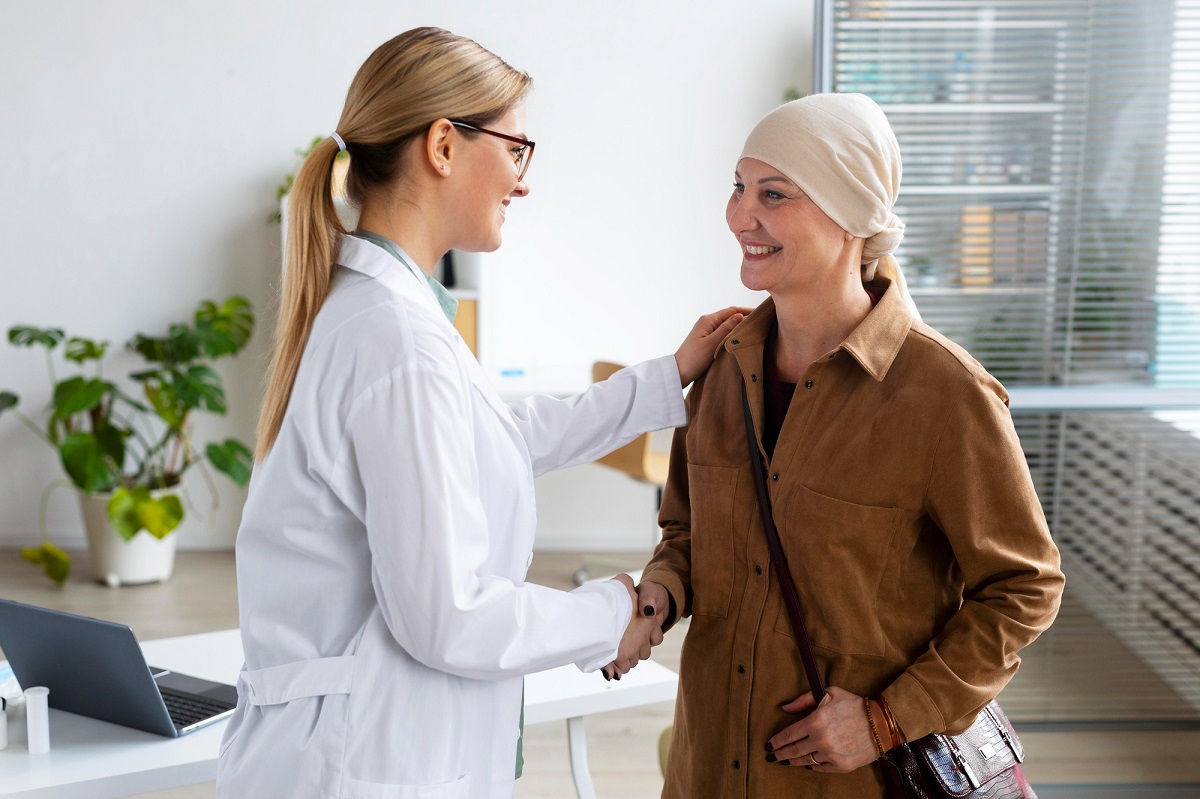 Drinking Yerba mate tea could cause cancer. On the other hand, the nutrients in this tea could also help to prevent cancer.

Yerba Mate is a common drink in many South American countries. Because of its beneficial properties, it is becoming a popular herbal drink and supplement in the US and other countries as well.

However, in countries with high consumption of Yerba Mate, it appeared that it caused an increase of certain cancers. Over the past three decades, there has been extensive research. It now seems that this link has less to do with the actual properties of the plant than with how the tea is manufactured and consumed.

Read on to find out more about Yerba Mate and cancer and how to drink it safely.

What is Yerba Mate?

Yerba Mate tea is made from leaves and twigs of Ilex Paraguariensis, a tree in the same family as holly. While originally indigenous to Paraguay, the tree is now cultivated for Yerba Mate production mainly in Argentina, Brazil and Paraguay. In many South American countries, the consumption of Yerba Mate is much like that of coffee or tea in the US and Europe. (1)

The characteristics of the tea differ between regions, depending on how it is grown and produced. After harvesting, the raw material is briefly roasted and then dried with a heat source – traditionally over the flame and with smoke from a wood fire. These processes are increasingly being replaced with more modern technologies to improve production.

Yerba Mate tea and supplements are most widely known for boosting energy and assisting with weight loss. This is mainly due to its caffeine content which can be similar to that of coffee.

However, this herbal drink also contains high levels of antioxidant polyphenols, anti-inflammatory saponins, and a variety of vitamins and minerals. The actual amount of these compounds in tea will depend on how it was processed and brewed.

To date, extensive research has shown that Yerba Mate tea could:

Potentially toxic minerals are found in most agriculturally produced products. Levels of these minerals in Yerba Mate products have been found to be very low.

However, the use of wood fire and smoke for processing Yerba Mate results in polycyclic aromatic hydrocarbons (PAHs) being formed. PAHs, also produced when grilling meat, are recognized carcinogens.

How Drinking Yerba Mate Could Cause Cancer 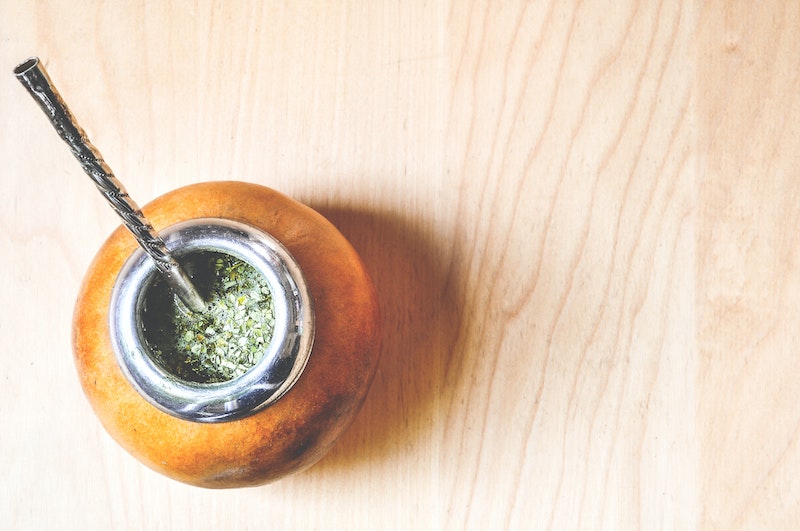 Decades ago, it was observed that there was an increased incidence of specific cancers in populations where consumption of Yerba Mate was high.

Epidemiological studies then found a link between high consumption of Yerba Mate tea over a long period of time and an increased risk of cancer of especially the esophagus, but also other parts of the upper digestive and respiratory tracts, prostrate, kidneys, and bladder.

Since that time, research seems to be pointing to the fact that the link between cancer and Yerba Mate consumption is probably not associated with the herb itself. Rather, it appears to depend on how it is processed and how people brew and drink the tea.

Traditionally Yerba Mate was drunk from a calabash, very hot and with a metal straw. Many consumers still prefer to drink the tea very hot.

In the early 1990s, drinking hot Yerba Mate was classified by the International Agency for Research on Cancer as a Group 2A carcinogen. This classification defined it as probably carcinogenic to humans. (2)

However, in 2016 drinking any beverages very hot, above 65˚C, was classified as a Group 2A carcinogen. At the same time, hot Yerba Mate was reclassified into Group 3 – not classifiable as carcinogenic to humans.

Drinking very hot beverages can scald the lining of the upper digestive tract, and repeated cell damage is a known precursor to cancers.

Various studies have found an association between very hot food or beverages and an increased risk of esophageal cancer. It seems obvious that the risk would multiply with increased consumption which would partly explain why high consumption of Yerba Mate increases the risk of cancer.

A recent study supported this idea when they found that people who drank more than 700ml of tea per day at above 60˚ C were at a 90% greater risk of developing esophageal cancer than those who drank less than 700 ml (24 ounces) at below 60˚ C. (3)

Furthermore, the risk of cancer when drinking large quantities of Yerba Mate appears to increase with smoking and high alcohol consumption, both of which are also known to damage the throat. (4)

PAHs occur in polluted air we breathe and we all consume some PAHs during normal cooking and eating. The risk of cancer mostly occurs when our bodies are exposed to large amounts of these toxins.

The production of most Yerba Mate involves roasting the leaves over a flame and drying it either over a flame or in smoke from burning wood. These processes produce various PAHs, including Benzo[a]pyrene, which is the most significant human carcinogen in Yerba Mate.

The quantities of these toxins in the dried tea leaves varies significantly between product samples. One study found that an unsmoked sample had a very low Benzo[a]pyrene content. [5]

Furthermore, with normal brewing, only about 10% of this compound is released into the tea. Traditionally Yerba Mate is, however, brewed by pouring hot water over the leaves several times and this leads to increased amounts of PAHs in the beverage. PAH content of the tea can also be influenced by water temperature and for how long the tea is brewed.

As numerous studies have concluded that cancer is mostly associated with how much and for how long a person has consumed hot Yerba Mate, researchers are now theorizing that cancers are mainly the result of the PHAs in the tea. [1]

Cancers are usually the result of an interaction between a genetic predisposition and what an individual consumes and is exposed to. In other words, the majority of cancers do not have a single, clear-cut cause and the same applies to the link between Yerba Mate consumption and cancer.

This becomes clear when considering the following examples:

Various studies, mainly laboratory and animal studies, have demonstrated that the components in Yerba Mate, particularly the antioxidant polyphenols and anti-inflammatory saponins might protect against cancer.

Toxins in the body cause free radicals that can cause cell damage, including changes in DNA which can lead to cancers and other chronic conditions. It is known that polyphenols reduce this oxidative damage by acting as free radical scavengers.

A study was conducted in which mice were exposed to a chemical causing DNA damage. Compared to mice who didn’t consume Yerba Mate, those who did had less DNA damage and more rapid DNA repair. (5)

Another study in mice showed that Yerba Mate consumption reduced the proliferation and spread of breast cancer cells and increased survival. (6)

Do you enjoy drinking Yerba Mate or want to use Yerba Mate supplements and benefit from its healthy properties? From the above, one can conclude that consuming Yerba Mate is unlikely to increase your risk of cancer any more than many other daily habits.

To minimize your risk further, you can avoid drinking beverages very hot, not brew it for too long, and not drink more than around four to six cups (1 Liter) or Yerba Mate a day. And ensure you’re getting the tea from a trusted brand (see them here)

Frieda is a registered nurse and published author with extensive experience throughout her career in research, scientific writing and journalism. She has now turned to writing full time to share her passion for health and wellness, helping readers to prevent and manage chronic conditions. Frieda lives and works in the small museum town of Pilgrim’s Rest in South Africa.