What Happens If You Steep Tea For Too Long?

I regularly get busy with something else while waiting for my tea to steep – and then forget all about it. By the time I get back, the tea is too strong and tastes terrible.

That’s what happens when you steep tea for too long. But the question is, is tea that has brewed for too long bad for you?

Interestingly, the longer you let tea steep, the more of the aromatic and healthy compounds of tea are released. But this includes the tannins which make the tea taste bitter. More of the compounds you might not want, including caffeine and environmental toxins, are also extracted.

This article delves into the details of steeping tea to help you find the balance between the taste you enjoy and the healthy nutrients in your cup of tea. The discussion focuses on true tea, made with the leaves of Camellia Sinensis, which includes white, green, black and oolong tea.

What Happens When You Brew Tea? 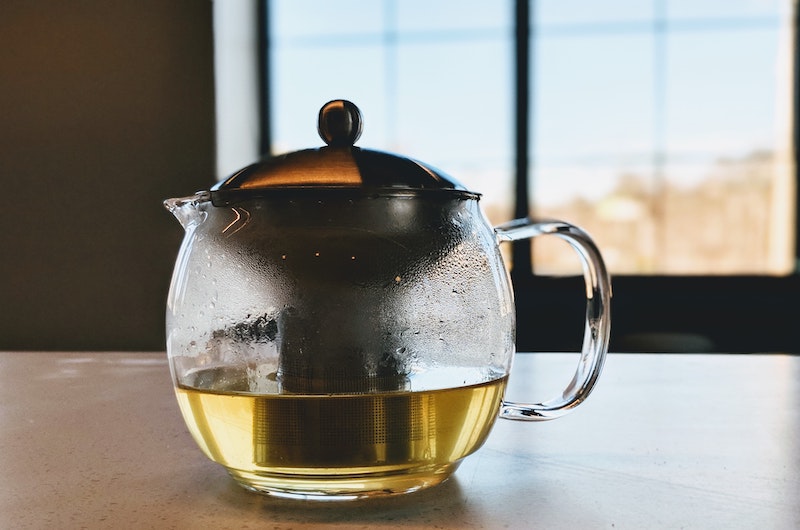 As soon as you add water to tea leaves the compounds the dried leaves start diffusing into the water. These compounds include the healthy plant polyphenols and caffeine. Unfortunately, some environmental toxins could also be released.

Tea contains a number of different flavonoids, polyphenols and catechins – the plant compounds which are responsible for its antioxidant and anti-inflammatory properties. The health benefits of tea are supported by the findings of a considerable body of research. (1)

Unfortunately, the antioxidants include tannins which give tea its bitter taste when it is steeped for too long. So, to improve the flavor and increase the healthy compounds in your tea, it is better to add more tea to your cup rather than brewing it longer.

Although they are all made from the common tea plant, white, green, black and oolong tea are processed differently. Because of this, they contain different ratios of polyphenols, which are also extracted at varying rates when brewed.

The longer tea steeps, the more caffeine is released and there is not much difference in caffeine content between tea varieties. (2) Like tannins, caffeine also adds to the bitter taste of tea.

So, if you want the energy boost and increased mental alertness of the caffeine you might want to steep your tea longer.

On the other hand, caffeine is known to increase bowel motility and stress hormones, like cortisol. So if caffeine worsens your symptoms of SIBO or IBS should avoid brewing your tea for a long time.

All our food is exposed to minerals in the soil, water or air while growing, and when it is processed. Some of these minerals are essential to our body while others could be toxic if we consume too much. These toxic minerals might be reduced if the produce is grown organically but will never be completely eliminated.

One study found traces of minerals like manganese, aluminum, cadmium, arsenic and lead in tea. Brewing tea for longer than 3 minutes increased the levels of these contaminants by 10% -50%. (3)

As we have discussed, the longer tea steeps, the more of the above compounds your tea will contain. But this is also influenced by:

All of these factors combine with steeping time to affect both the taste and the properties of tea.

How Long Should You Steep Tea?

From the above, it becomes clear that there is no straightforward answer to how long you should steep tea and what is too long.

When one looks at the findings of the numerous research studies, and also the instructions on tea packaging, one finds a lot of contradictory advice.

Researchers who analyzed the findings of a number of different studies on white and green tea concluded that 7 minutes of brewing time at 90˚C provided good aroma and flavor while also yielding high antioxidant capacity. (1)

Clearly, trying to find precise directions on how long to steep different varieties of tea to balance taste and healthy properties can become very confusing.

Let Your Taste Guide You

It is evident that steeping tea for too long won’t harm you, unless you need to reduce caffeine intake. You will get a boost of healthy antioxidants and caffeine, but your brew will probably not taste too great.

You brew a cup of tea because you want to sit back and enjoy the drink. In the end, brewing tea is like cooking. Experiment, and taste as you go along until you find the right aroma and flavor that you like. The tea will still have the added bonus of a dose of healthy polyphenols.