Probiotic Tea – Is It Good For Gut Health?

Probiotic tea might not be good for your gut health if you have SIBO or IBS.

Probiotics have become popular because of the growing awareness of the importance of a balanced gut microbiome. Also the shift towards natural foods and supplements to promote health and wellness.

Manufacturers have picked up on these trends and the range of probiotic supplements and foods on the market is expanding rapidly. The most recent additions are commercial probiotic teas. But any and all probiotics are not necessarily beneficial for any and all conditions associated with the intestinal tract.

In this article we will take a look at why probiotic teas might not be a good choice if you have SIBO or IBS, different types of probiotic teas and what benefits they might offer.

An international study group defined probiotics as live bacteria which, when consumed in adequate amounts, provide a benefit for the host. (1)

We have heard that probiotics are good for gut health. In fact, the strongest evidence on the benefits of probiotics is in relation to gut health, particularly diarrhea. (2)

Most of the probiotic teas on the market only contain one strain of bacillus. Scientists are discovering, however, that probiotics with specific microbes help with particular health problems.

For example, two different studies have shown that Bifidobacterim bifidum is effective in relieving symptoms of IBS. (3)

Probiotics are generally not recommended if you have SIBO. This condition is caused by an overgrowth of bacteria the small intestine, including many of the “good” bacteria that normally live in the colon. So adding more microbes with probiotics does not make sense and might even cause a flare-up.

However, yeast-based strains of probiotics like Saccharonyces Boulardii cannot grow in the small intestine and appear to be safe and helpful (4)

So probiotic tea could be good for gut health, but not more so than any other probiotic food sources or supplements. And they might trigger SIBO or IBS symptoms.

What Are the Gut Microbiome and Probiotics?

The gut microbiome appears to have an effect on almost all parts of the human body. An imbalance has been linked to many health issues including:

Widespread use of Probiotics started in the 1980s. They were prescribed mainly to reduce gastric discomfort for conditions such as antibiotic-induced diarrhea, bloating and IBS. Taking probiotics, either in foods or as supplements, has now become a popular trend to balance the gut microbiome and boost health naturally.

What is Probiotic Tea? 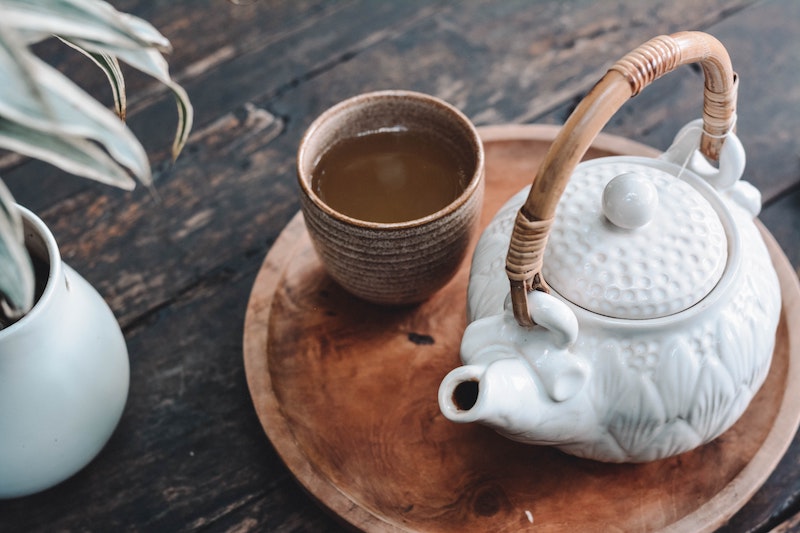 There are two main types of probiotic teas:

Of naturally fermented teas, Kombucha is the most commonly available. Manufactured teas each contain a specific probiotic strain that has been added.

Both types of probiotic tea could provide a double health benefit. They combine probiotics with the natural antioxidant polyphenols in tea. Furthermore, some of the compounds in tea also serve as prebiotics.

Prebiotics feed the gut microbiome and might be just as important for gut health as live probiotics.

Another reason why probiotic tea might be gaining in popularity is that most other probiotic beverages contain dairy. So it provides an alternative beverage option for vegans and those who are sensitive to dairy products.

Kombucha originated in the East where it has been used for centuries as digestive support after a meal. It is a naturally fermented tea and can only be served cold because heat will destroy the live microbial cultures.

To make kombucha, a specific culture of bacteria, yeast and sugar is added to either black or green tea and allowed to ferment for a few days. This changes the tea into a fizzy and slightly sour beverage that contains a large variety of probiotic bacteria and yeasts. (5)

Depending on your symptoms, diet and food triggers, you may want to avoid kombucha if you have either IBS or SIBO. Besides the live probiotic culture, it contains carbon monoxide – the gas that makes it fizzy, FODMAPS, sugar and alcohol. Experiment with small amounts if do want to try adding it to your diet.

Kombucha is available at health food stores and online, but this drink can also be made at home with a starter culture. Homemade kombucha can contain over 3% alcohol and could also potentially cause severe health problems. Avoid over-fermenting and work hygienically to prevent contamination with other microbes.

Commercial kombucha from trusted manufacturers is tasty, made under controlled conditions, lists the various strains of microbes it contains on the packaging, and must contain less than 0.05% alcohol.

These teas are also referred to as supplement teas because probiotics, often a single strain, are added to either normal or herbal teas. Commercial teas with probiotics are readily available at health food and even grocery stores either as ready-to-drink bottled tea or tea bags.

Most of these teas, and tea bags with added probiotics in particular, contain a strain known as Bacillus Coagulans (GBI-30). 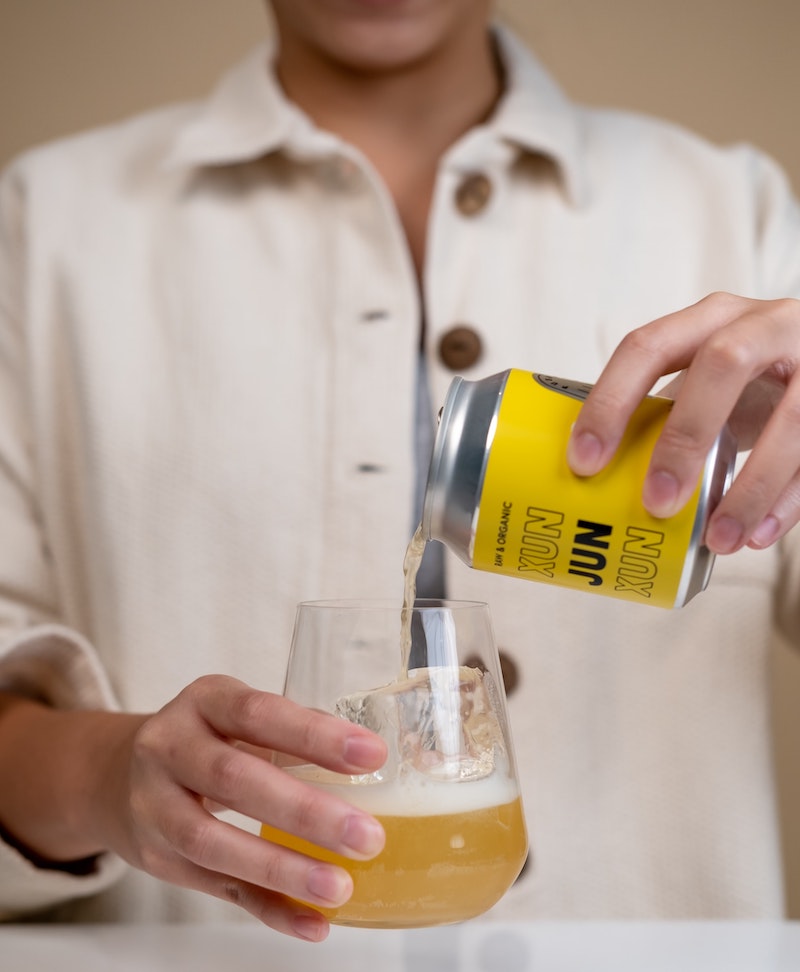 It is a spore-forming bacterium that can survive boiling water and stomach acid, and is normally found in soil. Some scientists believe that this bacterium is not part of the normal human gut microbiome and could pose a danger to immune-compromised persons. (6)

Across the world food scientists are, however, still developing other probiotic teas including ones that are naturally fermented. So you can keep your eye on the marketplace but be sure to check the product information on the labels. (7)

For most people, it’s quite OK to enjoy kombucha or other probiotic tea as an alternative drink, with some health benefits. It’s certainly a healthier option than sodas.

For those with SIBO or IBS, however, probiotic tea might not be a good choice. Before you try something new always consider the ingredients of the product in relation to the advice of your health care providers, your dietary needs, food triggers and symptoms.