How To Use Oregano Oil For SIBO | Does It Kill Good Bacteria?
SiboSurvivor Blog Oregano Oil for SIBO & Bacterial Infections

Oregano Oil For SIBO: Benefits, Dosage & How To Use?

You may be surprised to learn that oregano oil has many advantageous medical uses as well as being a delicious herb used in cooking.

As a natural antibiotic, oregano oil is a great solution for your bacterial infections, and specifically for those that suffer from SIBO or a variety of gut issues.

In this article, we will break down everything you need to know about oregano oil including how it is used as an antibiotic, the correct dosage, and how to use it for specific gastrointestinal issues so that you can find relief soon! 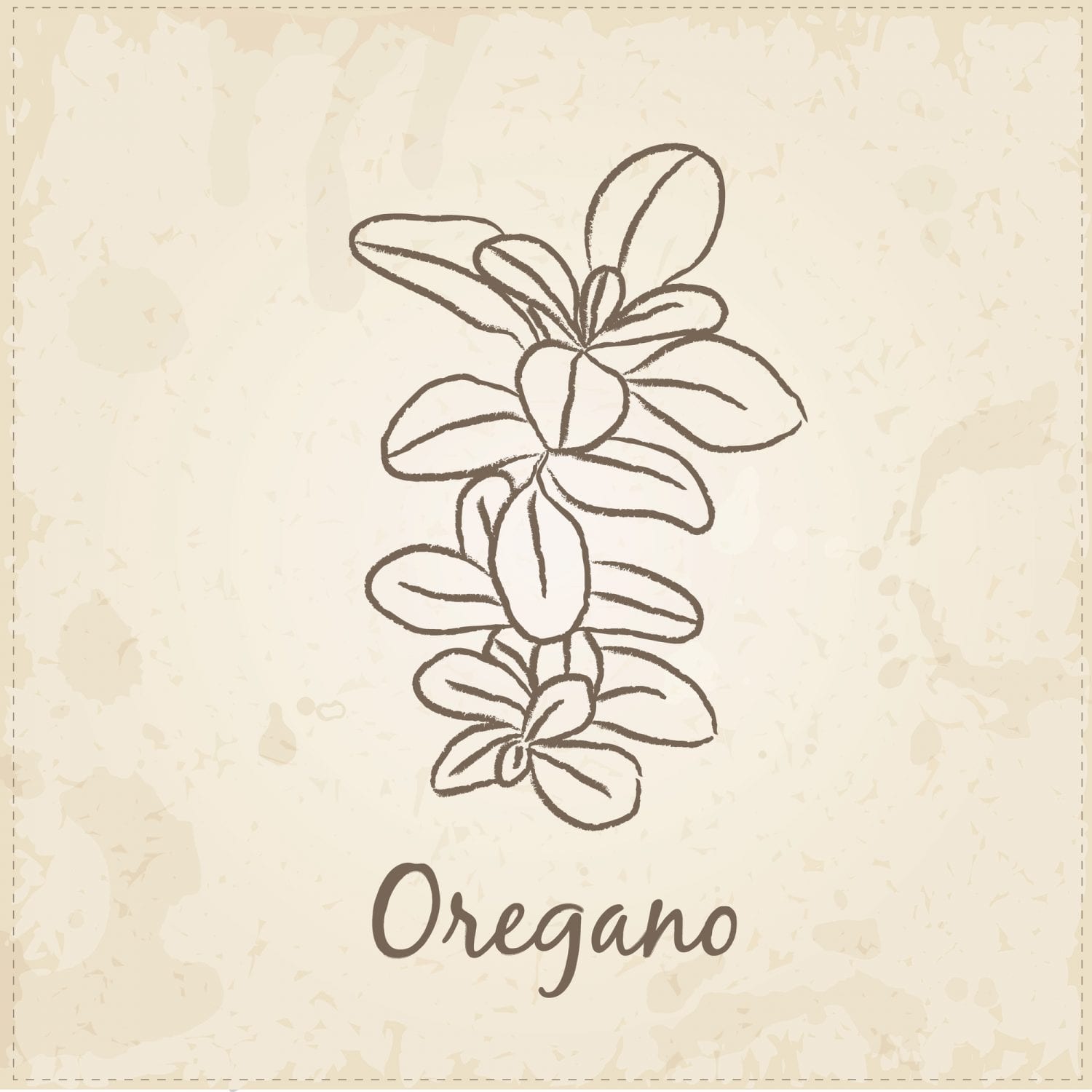 How Does Oregano Oil Work as a Natural Antibiotic?

While dried oregano may be found on every spice rack, this food seasoning can provide many medical and health benefits of Oregano. Oregano oil appears to be more effective as a natural antibiotic, as compared to dried oregano leaves.

Recently, oregano oil as an antibiotic has become very popular to help those that suffer from bacterial infections. But this remedy has actually been around for thousands of years and has a deep history in many cultures. 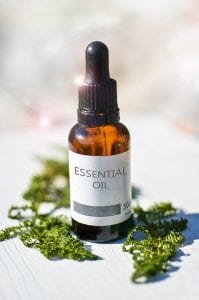 Oregano oil’s main active ingredients are believed to be thymol and carvacrol.

Carvacrol is found at the highest concentration in oregano, but it can be found in other herbs, such as thyme. This compound (technically known as a monoterpene) has the ability to act as an effective antibacterial that fights against a variety of strains of bacteria including species of Bacillus, Enterococcus, E.coli, Salmonella, and Psuedomonas. Oregano oil is also effective against both methicillin-sensitive and methicillin-resistant strains of Staphylococcus aureus (MRSA).

Carvacrol pokes holes in the cell membranes of bacteria and causes the leakage of essential minerals and can alter the internal pH of the bacterial cell. Carvacrol is also thought to do less damage to the overall microbiome compared to conventional antibiotics, making it a crucial ingredient in oregano oil’s ability to be a beneficial natural antibiotic. In addition to its antibacterial activity, carvacrol is also effective against yeast (Candida) and some viruses.

Thymol acts as an anti-inflammatory agent in addition to its anti-bacterial, anti-viral, and anti-fungal effects, though at this point, it is not clear how it does this.

Oregano oil can be used to help with all sorts of bacterial, fungal, and viral conditions.  These include:

When taking any type of antibiotic, natural or pharmaceutical, you may have questions about overuse and damage to the good bacteria as well as the harmful.

First of all, anytime you can get the same beneficial effects with a natural product like oregano oil compared to using a pharmaceutical product, it is most often well worth using it.

This is because natural products like oregano oil are usually gentler than prescription drugs and are presumed to do less damage to the healthy gut bacteria—the microbiome. The fact that oregano oil has been shown to be just as effective as regular antibiotics in many cases is a very positive finding. The “kinder and gentler” mechanism of action of oregano oil means that there is a decreased risk of adverse effects that are often seen with prescribed antibiotics.

These include nausea, vomiting, abdominal cramping, and diarrhea. More serious adverse effects include allergic reactions, Steven-Johnson syndrome (a painful rash that can spread and cause swelling and loss of skin), irregular heartbeat, and tendonitis.

Reasons why using oregano oil over pharmaceutical antibiotics can be a good choice:

If you’re thinking about using oregano oil to treat a bacterial infection or SIBO it is an excellent option. You can try SIBO Elimination Toolkit to learn more about oregano oil and other alternative SIBO treatments.

While there is limited medical research on oregano oil, we know from traditional use that it is a very potent natural antibiotic. While taking normal amounts of oil of oregano for short durations is not considered dangerous, overdosing can lead to problems. It is also generally not recommended to take oil of oregano every day unless using it under the care of a medical practitioner.

Keep in mind that oregano oil capsules are highly concentrated forms of medicine compared to dried oregano you use in cooking. This is why oil of oregano can be destructive if too much is used. It’s very strong.

Possible Negative Side Effects of Oil of Oregano: source

It’s best to limit oregano oil consumption for short-term treatments and use this herb with care and caution because it’s powerful. Some studies have shown that yes, oregano oil can kill good bacteria if too much is used. 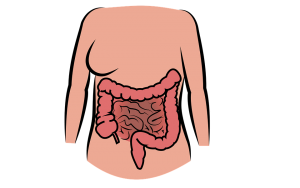 It’s important to remember that SIBO is usually caused by one of the following:

Treatment usually involves one or a few of the following:

While it’s crucial that you work with a practitioner to iron out your underlying SIBO causes, antibiotics can be used to help treat SIBO and reduce the bacterial overgrowth in the small bowel. If you decide that antibiotics can be an effective part of your SIBO treatment strategy, oregano oil is an excellent option to consider because it can kill SIBO bacteria.

Oregano Oil vs Garlic for SIBO 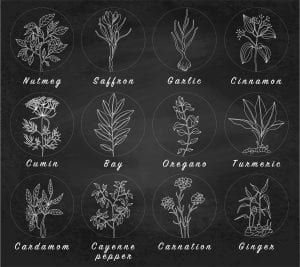 If you’re going to use antimicrobial herbs for SIBO or any other stubborn bacterial issue, it’s important to research the different options available.

One of the questions that often comes to mind is, “what’s the difference between using garlic and oregano oil?”

Both oregano oil and garlic act as great natural alternatives to antibiotics and are both very potent. This is a tough question to answer since each person’s microbiome is unique and it can be uncertain which types of bugs you’re actually treating.

If you’re thinking about which herbs to use, you should know that oregano oil and garlic are two of the most potent herbs around.

Both of these herbal products can get the job done. A lot of people that are treating SIBO or any other stubborn bacterial infection usually use a combination of 1-3 different herbs. This means you could try using both oregano oil and Allimed (garlic) for treatment.  Garlic contains allicin—this is thought to be the active anti-bacterial ingredient and is highly concentrated in Allimed. 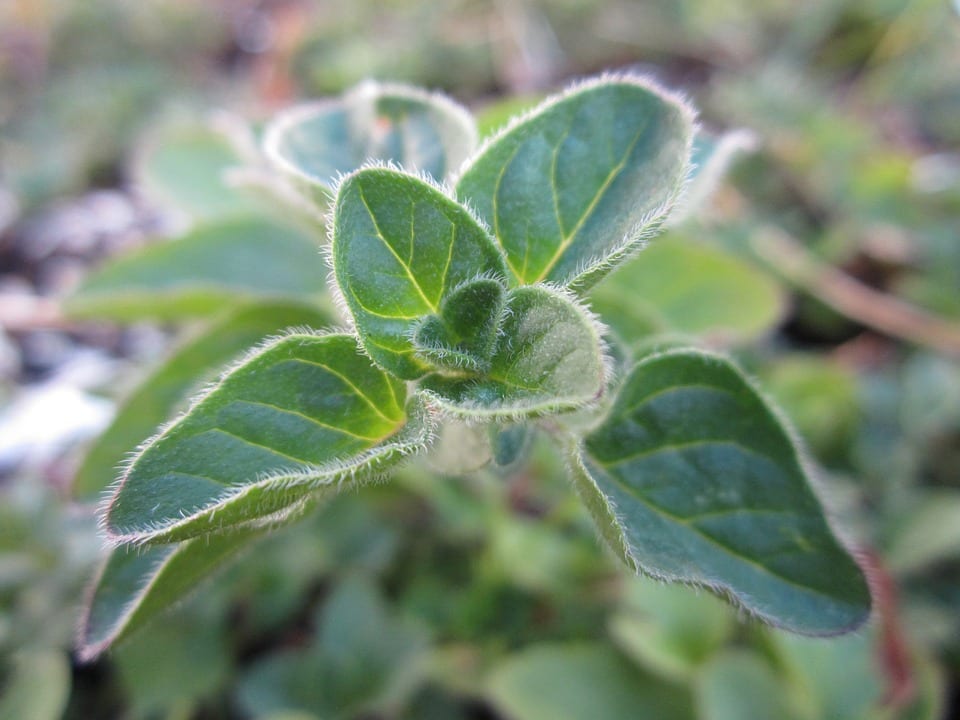 As for the dosages that you should follow when using oregano oil, most people recommend starting at 200 mg capsules 2-3 times a day (with meals).  Many report symptom improvement within 1-3 weeks, though others will report that it can take up to 4-6 weeks for symptom relief if treating a stubborn condition like SIBO.

It’s important to note that it is not typically recommended to take oregano oil for more than a few weeks. Oil of oregano has very strong antimicrobial activity and if taken for too long it can cause damage to the microbiome.

As more research about this natural antibiotic option comes to light, it is likely that we will see more and more how oregano oil is a great alternative to pharmaceutical antibiotics.

How to Take Oregano Oil

There are a couple of different ways you can take oregano oil, but the most common are in capsule or liquid form.

If you chose the liquid form, it’s important for you to take it with a “carrier oil”, like coconut oil or olive oil. This helps with oregano oil’s absorption.

Try to dilute your oregano oil to a 1:1 ratio with whatever carrier oil you prefer. This means that for every drop of oregano oil, use one drop of your carrier oil. Put one or two drops of your (mixed) oils under your tongue and then wait a couple of minutes, letting the oils get absorbed, before you rinse out your mouth with water.

If you chose to take the oregano oil capsules, make sure you check out the manufacturer’s dosage instructions because they can be different depending on the brand.

How to Take Oregano Oil Orally in Drops

How to Take Oregano Oil Orally in Capsules

What is The Best Oregano Oil to Buy Right Now?

Now that you’ve learned how oregano oil can be useful for bacterial infections, sore throats, SIBO, colds, and other concerns you will need to select a product that contains the most effective form of oregano oil. When selecting any herbal product it’s crucial that you pick one where the herbs were grown organically and the company packaged the product correctly.

Below are a couple of our top recommendations for quality oil of oregano products. 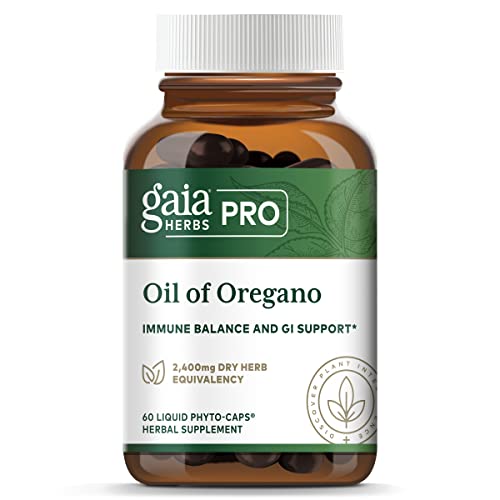 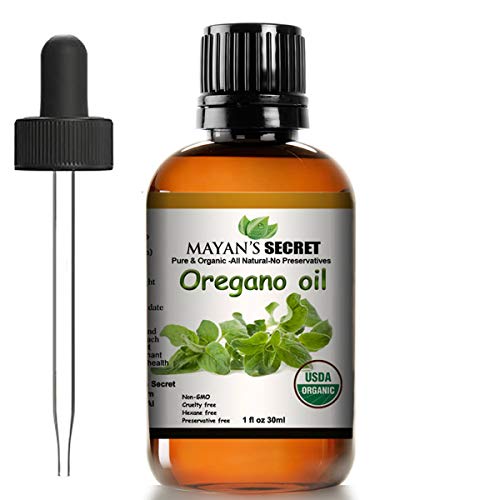 This oil is sourced from Turkey and is used in some food applications for its earthy scent and spicy flavor. In addition to its culinary use, organic oregano oil is commonly used in aromatherapy.

Oregano oil is known for its high level of phenol content, which provides it with natural antioxidant properties.

Natural oregano oil contains the highest concentration of carvacrol compared to other herbs. Carvacrol (Monoterpene) is a compound that has an antibacterial effect, it is also effective against yeast (Candida) and some viruses.

2. How long to take oregano oil for sibo

If you’re using Oregano oil in form of 200mg capsules. It should take 4-6 weeks at 2-3x a day to see symptom relief.

Oregano oil has a very strong antimicrobial effect. If the oil is taken for too long, your microbiome can be damaged. Therefore, it’s advised that you should not take oil of Oregano for more than a few weeks.

3. Can you take oregano oil and antibiotics together?

According to this study, Oregano oil showed additive effect against certain types of bacteria and thus may minimize the side effect of antibiotics.

However, when using Oregano oil together with antibiotics, you should seek doctor’s advice for dosages and medication frequency.