Hydrogen Sulfide SIBO – Everything You Need To Know

Hydrogen Sulfide gas is the third major gas in SIBO cases. Unfortunately, there is not as much research on this type of overgrowth and it can be challenging to manage and treat it effectively.

In this article, we will walk you through the basics of intestinal gas, what hydrogen sulfide SIBO is, as well as different strategies you can use to find relief. 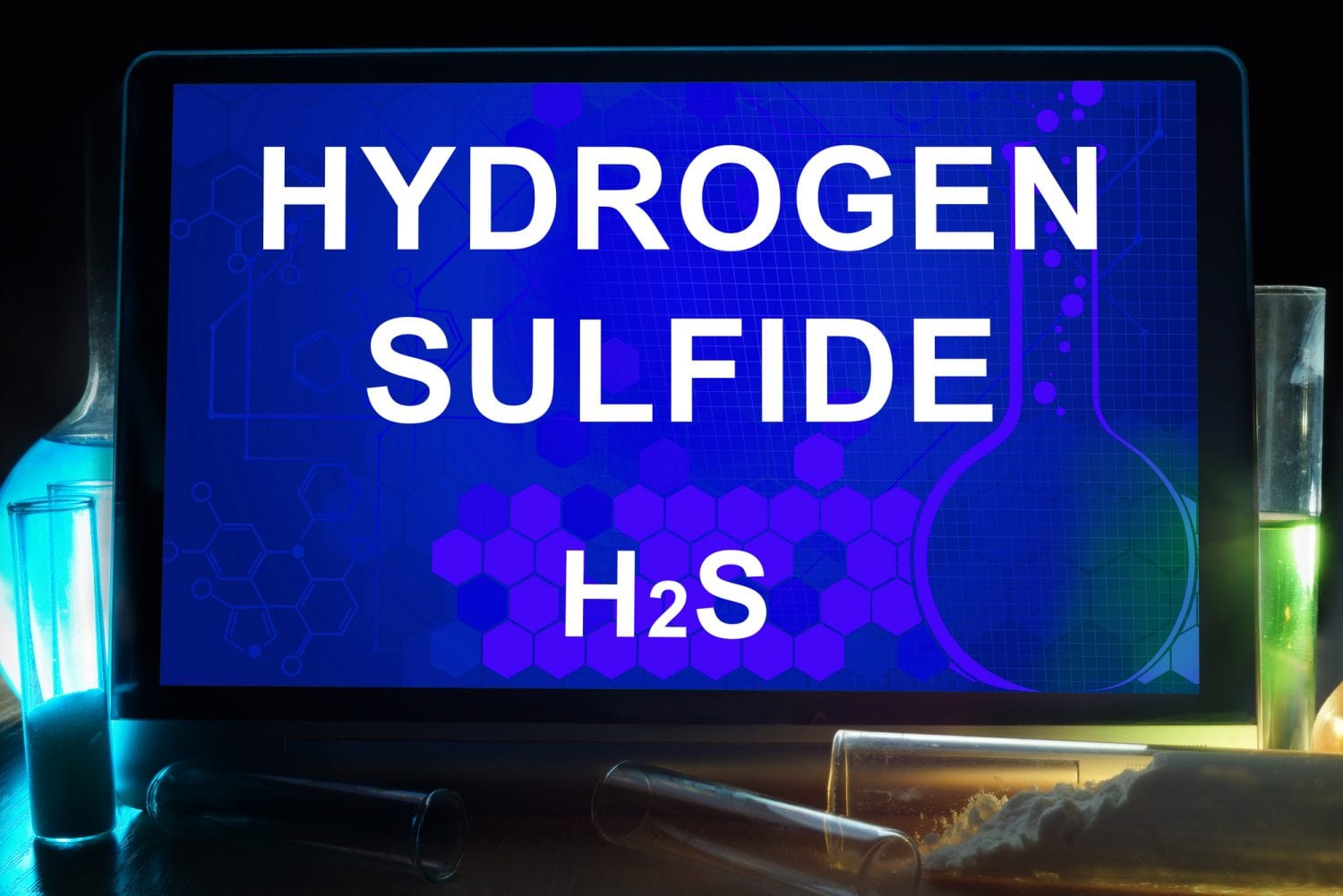 If you need a refresher on what exactly SIBO is and how it’s linked to IBS see the overview here. 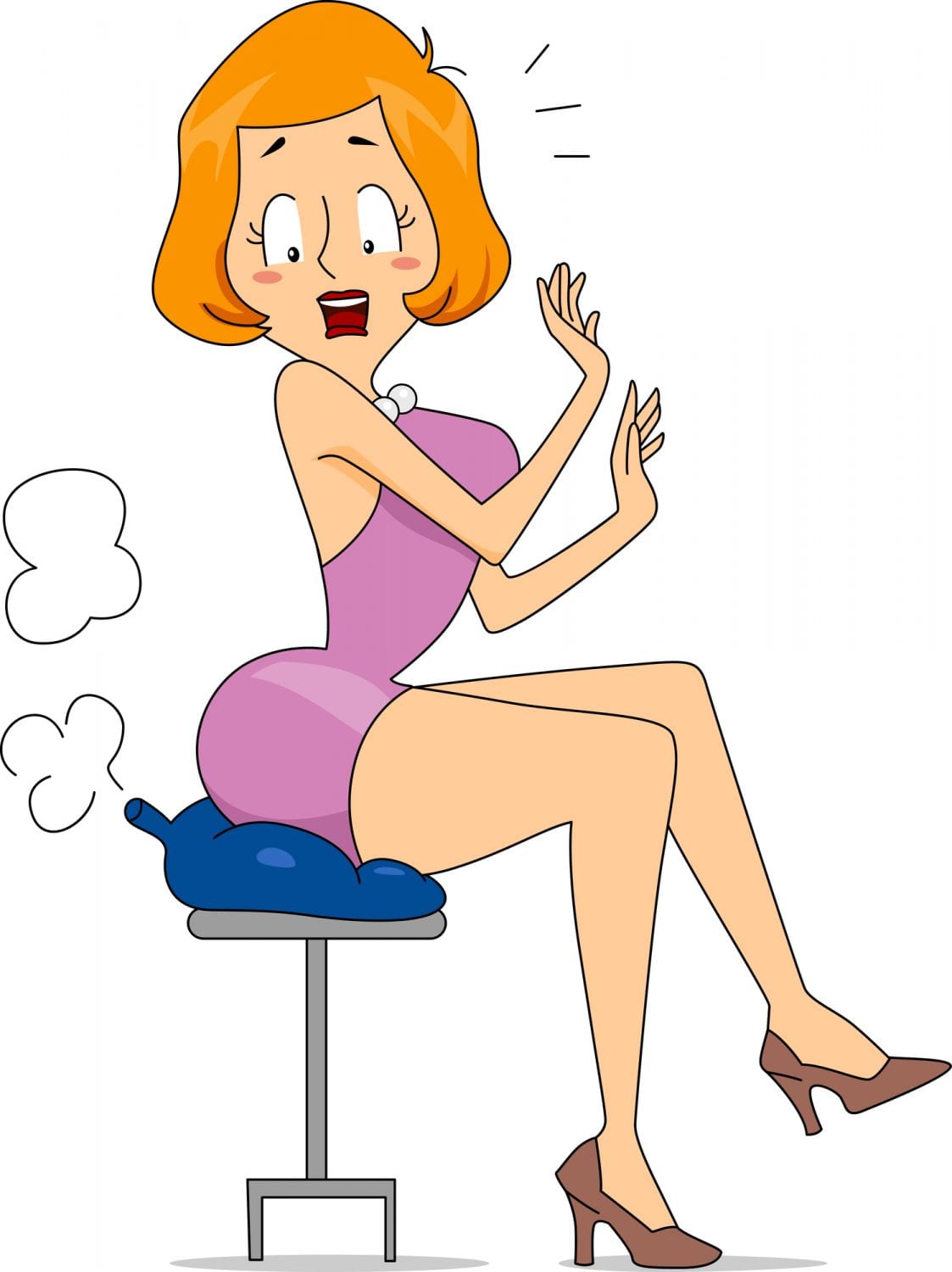 It is estimated that the average person will make around 0.6 to 1.8 liters (L) of gas every day. People with SIBO or dysbiosis will produce even more gas than average.

So, what exactly is this gas composed of?

To understand this, we have to first look at the sources of our intestinal gas, as well as the different ways in which the elements within our body interact with these chemicals to produce some not-so-pleasant effects that everyone should be familiar with.

Intestinal gas can either come from swallowed air, which is termed exogenous gas, or from the bacteria that reside within our gastrointestinal tract which is called endogenous gas.1

In all SIBO cases, the issue is with endogenous gas or gas produced by either too much bacteria in the gut or the wrong diversity of microbes.

The major components of intestinal gas include oxygen, nitrogen, carbon dioxide, hydrogen, and methane. Typically, the air that is swallowed will remain in the stomach until it gradually moves through the digestive system by peristalsis. The movement of these gases does not cause us any pain or discomfort, and will eventually be released in small amounts.

In the colon, there are numerous bacterial species that grow on poorly digested foods such as starches and sugars (carbohydrates).2 As the bacteria within the colon ferment these foods, hydrogen and carbon dioxide gases are released during the process.

However, it is essential to note that bacteria within the colon can also consume gases, particularly hydrogen, to release gases like methane and certain sulfur-containing gases like hydrogen sulfide that account for the foul odor we associate with gas.

In addition to colon bacteria, people with SIBO can have too much bacteria in the small intestine (where there should only be a small amount) which can ferment carbohydrates and also produce these gases.

So how do we measure these gases?

In people with SIBO, there is usually an overproduction of certain types of gases like hydrogen, methane, and hydrogen sulfide in the small intestine. There are a number of different reasons why this could occur. One of the most common causes is altered intestinal motility due to nerve damage.

Currently, breath tests are the most useful diagnostic test for examining the type and amount of gas produced in the gut.

The main breath test used is:

Can be used to diagnose:

But what you will notice is that this main SIBO breath test is not able to detect hydrogen sulfide gas yet.

Despite the usefulness of breath testing, it is important to understand that some patients with SIBO may also have too much hydrogen sulfide (H2S) in their bodies, which is not a type of overgrowth that is detectable by traditional breath tests yet.

Since a majority of the gas in the body will be H2S, this may be why a traditional breath test will show little to no hydrogen or methane and will look like a flat line.

What is Hydrogen Sulfide Gas? 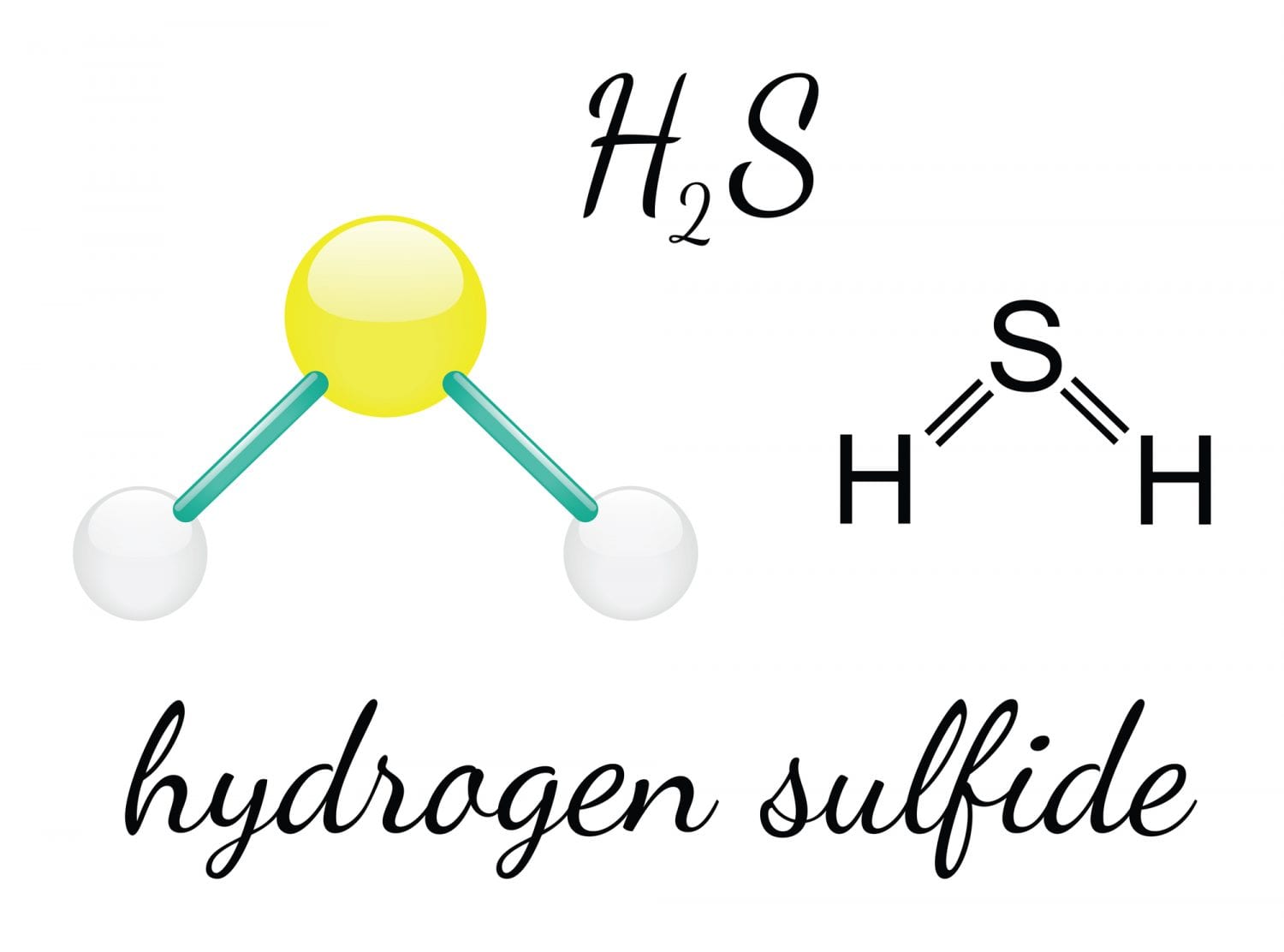 Hydrogen sulfide is a colorless gas that has a characteristic smell of rotten eggs. Outdoors, H2S is naturally present in crude petroleum, natural gas, volcanic gases, and hot springs.

Additionally, H2S can also result from the bacterial breakdown of matter, and can therefore be produced by humans and animals in their waste and gas. Bacteria found in your mouth and gastrointestinal tract produce hydrogen sulfide from decomposing materials that contain vegetable or animal proteins.3

Although it is normal to produce some amounts of this gas, an excess amount can be an indicator of a certain type of gastrointestinal issue.

If you are someone who has always had a mysterious case of SIBO or dysbiosis, your tests are inconclusive and/or show a flat line, or you know that you have recognized that your symptoms or the smell of your gas are linked to sulfur, then hydrogen sulfide overgrowth might be an issue.

How Sulfur Metabolism Could Be An Issue 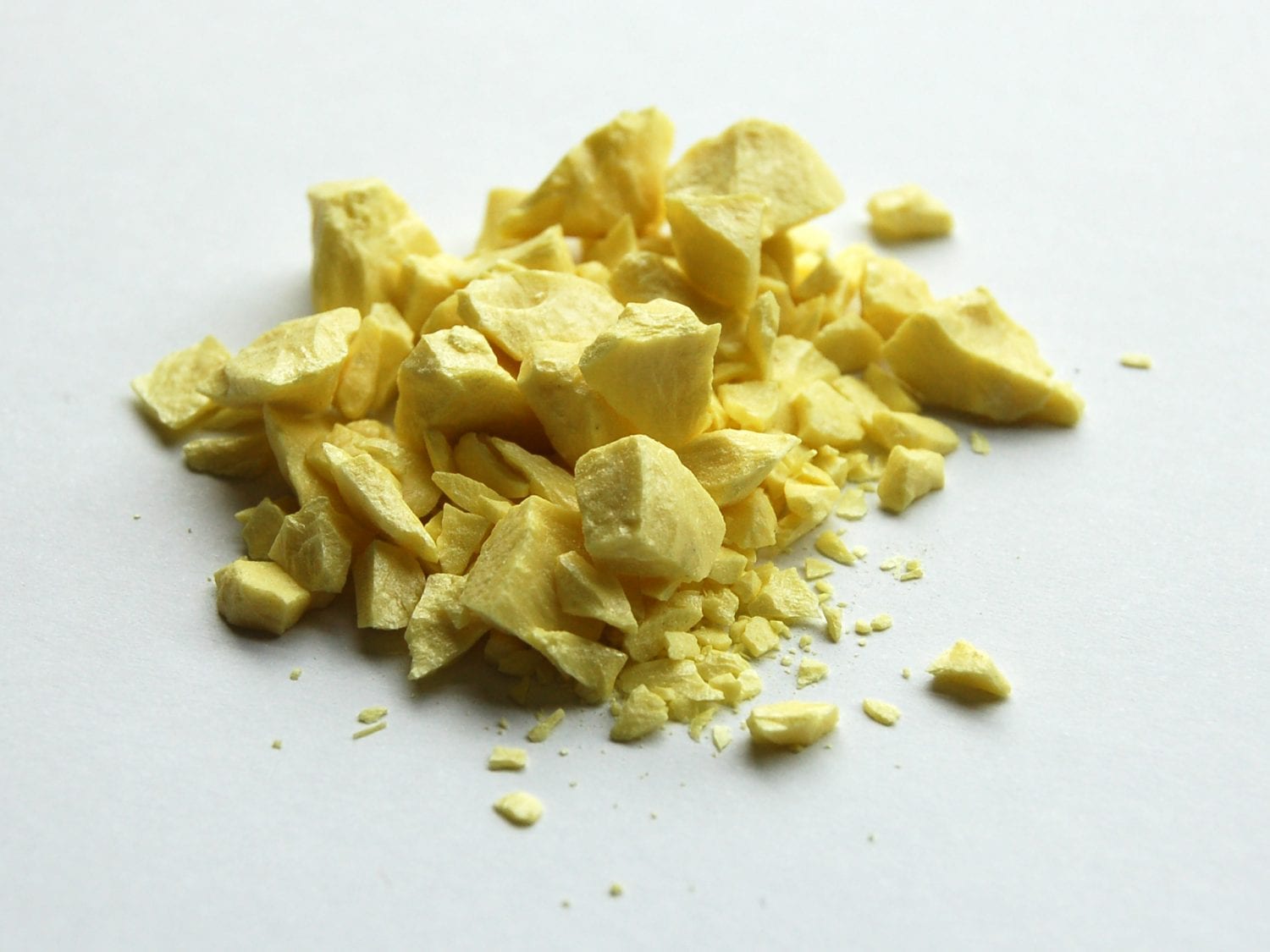 The three most important and abundant elements within our body, in order, are calcium, phosphorus, and sulfur.

Some of the main functions of sulfur include:

In fact, although most of us consume enough sulfur through our daily diets, some disorders based on an inability of our bodies to metabolize sulfur or other types of sulfur deficiencies can still occur.

Factors that can cause issues with sulfur metabolism: 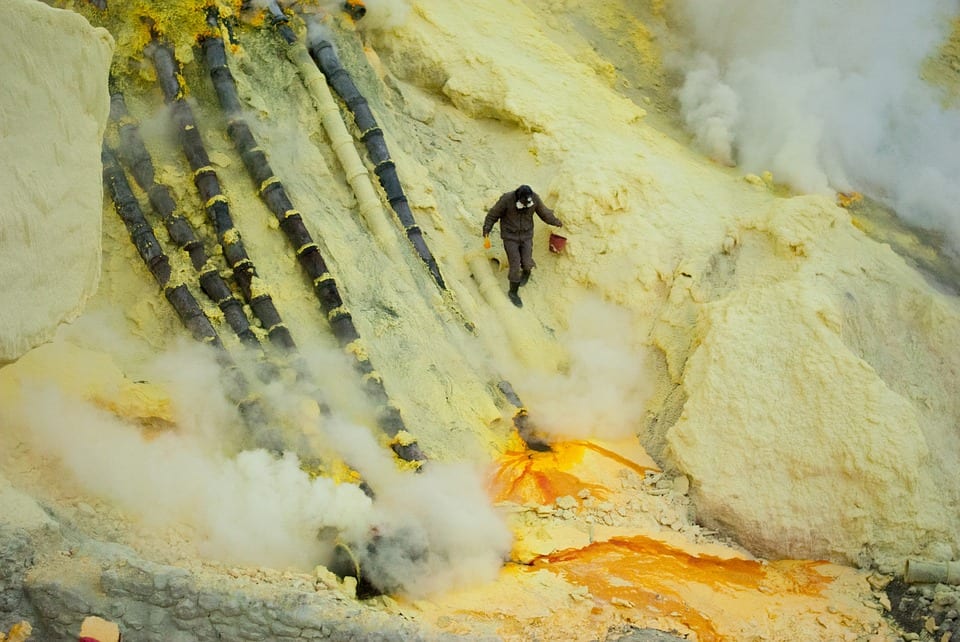 When we consume food products that contain sulfur, they go through a series of steps where they react with the oxygen that is naturally present in our body to form sulfate (SO2-).

Sulfate plays an important role in a number of daily processes that occur within our body, such as maintaining the viscosity of the blood and lining our connective tissues. Our body needs a constant supply of sulfate to function properly.

But, if something happens in the body that is not allowing sulfur metabolism to work correctly and get the body its necessary sulfate, then our body has to come up with a workaround.

When our body recognizes that we are low in sulfate, it can adapt and grow more H2S producing bacteria, since hydrogen sulfide gas and sulfite can be used to produce sulfate where it’s needed. This is one theory as to why H2S overgrowth can occur.

In small amounts, hydrogen sulfide is actually a vital molecule that is needed for living organisms to survive. H2S plays an important role in our body’s ability to respond to foreign pathogens by regulating inflammation (which is good when we are trying to fight off disease), memory formation, cognition, energy, gut motility, and much more.

However, when there is an excessive amount of H2S produced by the body, as in the case of H2S SIBO, a number of issues can occur. These include brain fog, memory issues, redness, fatigue, and other problematic digestive symptoms like diarrhea and constipation seen in IBS.

I recently had the opportunity to sit down with Dr. Greg Nigh a Naturopathic doctor from Psoriasis who was able to clearly explain this process, as well as provide some insight as to why he believes that sulfur metabolism plays a role in H2S SIBO.

The symptoms of H2S overgrowth can be pretty debilitating, depending on the severity of the dysbiosis. In particular fatigue, brain fog, and gas associated with this type of overgrowth can be very frustrating to deal with.

Some common symptoms associated with H2S SIBO include:

If you are experiencing the symptoms associated with hydrogen sulfide overgrowth, there are a few things you can consider and do to help your body.

In particular, you want to reduce your intake of sulfur-containing foods to help your body’s sulfur metabolism and detoxification pathways. If your symptoms are severe, certain treatment options that reduce hydrogen sulfide-producing bacteria may also help, as well provide you with some symptomatic relief. 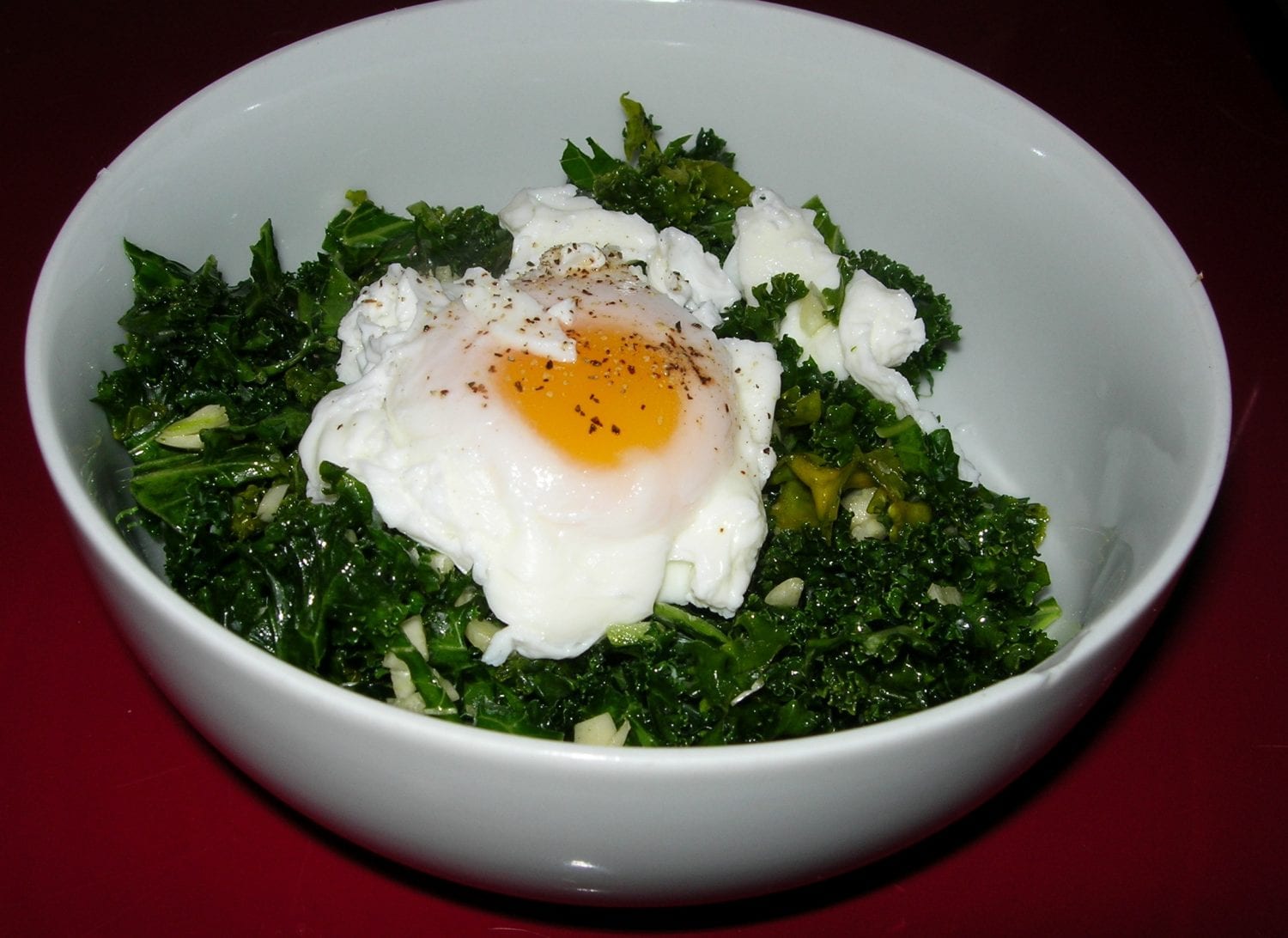 Reducing your intake of sulfur-containing foods, for even a small amount of time, can help your body detox from a clogged sulfur pathway. Additionally, by eliminating the high sulfur foods from your diet, you will also be able to test out how your body responds to different foods that contain high amounts of sulfur when reintroducing them later.

By reducing your intake of sulfur for an extended period of time, you’ll give your body the break it needs to get back on track.

Most people with hydrogen sulfide issues find that garlic, eggs, kale and other brassica vegetables like broccoli and brussel sprouts are the most problematic foods that promote their symptoms.

Additionally, although meat contains a large number of amino acids, such as cysteine and methionine, which contain sulfur, most people have been shown to tolerate meat well in normal portion sizes.

You can see a good list of low thiol foods to stick to here.

The hyperlinked study conducted in 1939 (ya, it’s been a while) on sulfur content present in foods further describes the specific amount of sulfur in given food products: The Sulfur Content in Food 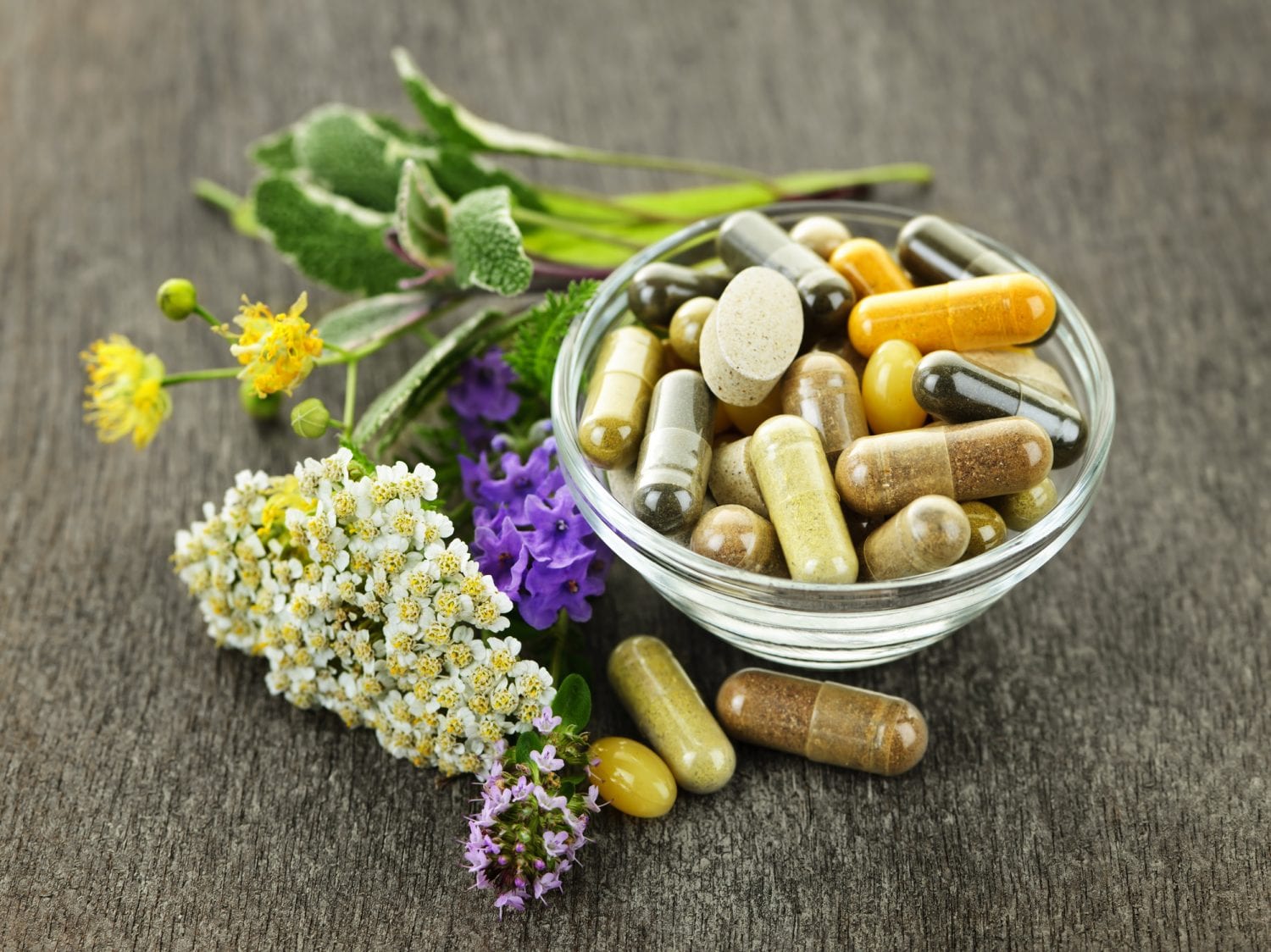 Epsom salt baths allow your body to soak up sulfate in the form of magnesium sulfate. If you’re experiencing any issues with sulfur metabolism, the absorption of sulfate through the skin can be a really good therapy to try.

In addition to this benefit, Epsom salt baths are also great for reducing stress, which can further help with any symptoms you might be experiencing. The best practice for Epsom salt baths is to take a hot bath with 4 cups of Epsom salts for 7 days in a row, and then continue to take these baths a few times a week to maintain sulfate levels in the body.

Supplementing with molybdenum, which is a mineral that helps in sulfur metabolism, can also be very helpful. If there is a deficiency of molybdenum in the body, this can further contribute to ineffective sulfur metabolism. A great product that is recommended to test out is Biotics Mo-Zyme Forte.

Lemongrass oil has been shown to exhibit an antimicrobial effect on sulfur-reducing bacteria through its active ingredient, citral, in several studies.

Bismuth has also been shown to reduce hydrogen sulfide gas in a few studies. It is typical for people with an excess amount of hydrogen sulfide gas to have their stools turn black when they take bismuth. This can also be used as a simple diagnostic tool to determine whether H2S is playing a role in your symptoms.

It’s important to remember that taking Pepto Bismol for extended periods is not advised. Instead, bismuth can be a short-term remedy for someone looking for some symptom relief. Some bismuth-containing products that may be useful include Devrom, Thorne Pepti Guard, and Biotics HPF.

Typical SIBO antibiotics, such as Xifaxan, Neomycin, Berberine, Neem, and oregano, can also be effective in treating H2S symptoms. As always, make sure to talk with your doctor to determine the best protocol.

In summary, testing a low sulfur diet combined with daily Epsom salt baths for 7 days is a great place to start.

Remember, with any case of SIBO, it is extremely important to rule out other underlying causes that could be contributing to bacterial overgrowth such as decreased digestive motility, and to consult with a doctor who is knowledgeable in treating patients with IBS.