Every year, millions of people that live in developed countries like the United States will travel to developing countries that may not have the same hygiene standards that you are accustomed to.

During their travels, up to 50% of people will at some point suffer from at least one bout of diarrhea, which is otherwise referred to as traveler’s diarrhea. While traveler’s diarrhea can be mild and pass quickly, it can also be extremely debilitating for people affected by this condition. 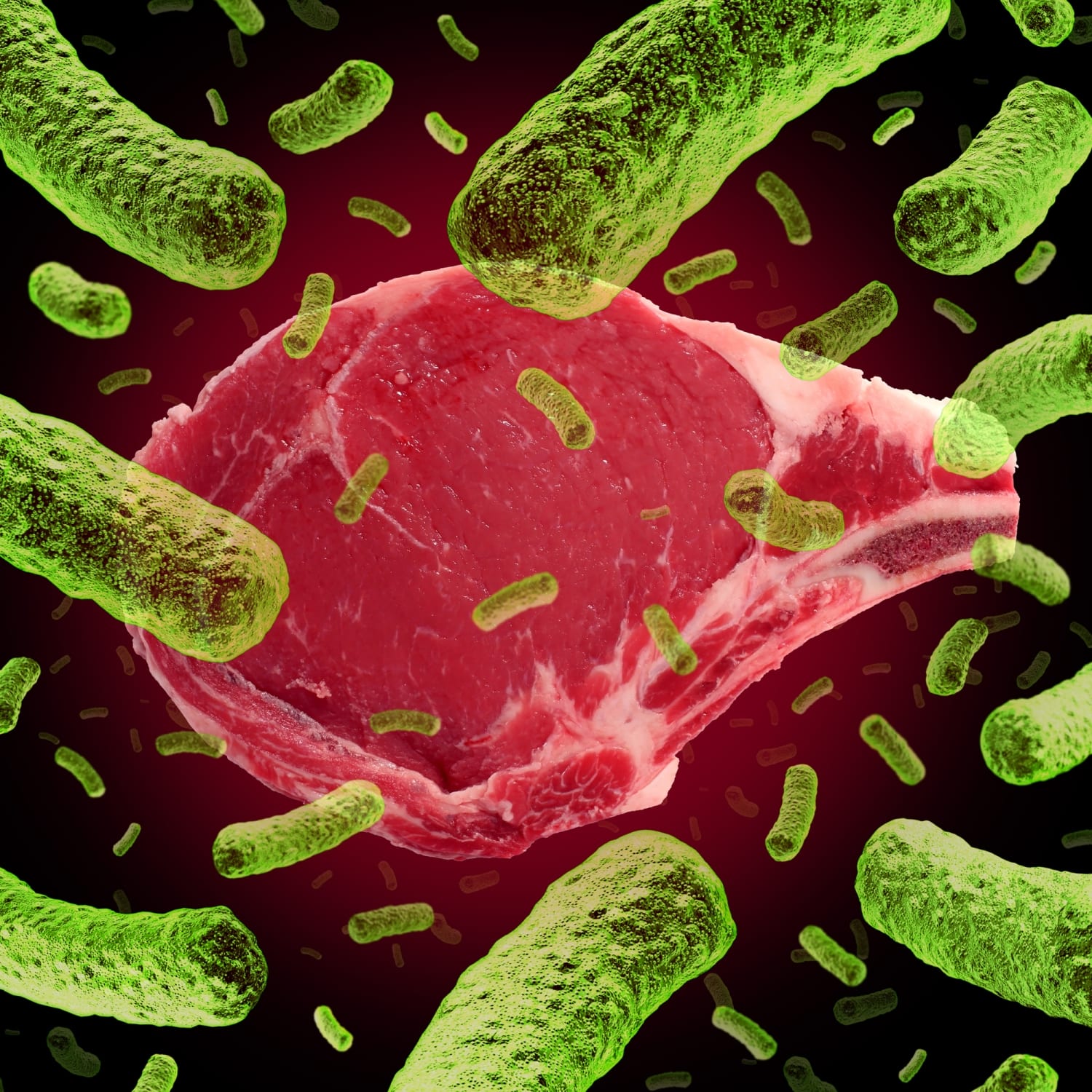 While traveler’s diarrhea and food poisoning are not completely avoidable, there are several ways in which you can stay informed on the origin and mechanisms of these conditions, as well as any precautions you can take that might protect you in the future.

What is Traveler’s Diarrhea?

Traveler’s diarrhea is one of the most common medical conditions that will occur to international travelers every year. By definition, traveler’s diarrhea must first be characterized as either mild, moderate or classical in nature.

Who is at Risk? 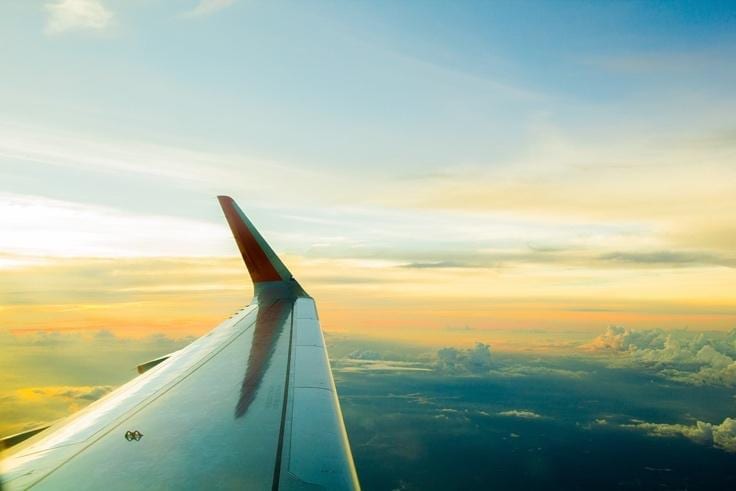 Today it is easier than ever before for people to travel to almost any country in the world. In fact, it is estimated that every year almost 80 million travelers from industrialized countries will travel to tropical countries 1.

While improvements in aviation technology have allowed for people to experience new cultures and help less fortunate communities in poorer countries, it has also led international travelers to often be at high risk for travelers’ diarrhea. The vulnerability of international travelers to this condition is a result of their immune system’s inexperience with the infections that exist in foreign countries.

As a result of the likelihood of traveler’s diarrhea, it is extremely important for travelers to consider the following questions prior to their takeoff:

1. What is your country of origin?

If the traveler is from a highly industrialized country, like the United States or England, there is a much higher chance that, when staying in a developing country, the traveler will get traveler’s diarrhea.

2. What are the hygienic conditions of the country you will be visiting?

Some of the most important factors that travelers must consider before traveling to developing countries, particularly those located in Africa, Central and South America, as well as South, Central, and West Asia, include:

3. How long will you be visiting the country?

The country that you are traveling to plays a crucial role in determining exactly how much of a risk you are at coming into contact with diarrhea-causing bacteria. This correlation between destination country and traveler’s diarrhea is strongly influenced by warmer climates, such as those which are common to tropical and subtropical areas.

Additionally, the hygienic standards that exist in these countries also play a determining factor in protecting travelers against diarrhea and other uncomfortable GI symptoms. It is also important to realize that high-risk countries, as shown in the map below, are also unfortunately home to higher childhood diarrhea mortality rates.

From the map shown above, three different types of geographical regions have been differentiated by evaluating the risk of traveler’s diarrhea that is associated with each country. These risks include:

Traveler’s diarrhea is almost always the result of contamination by an infectious organism, which include various bacteria, viruses, and parasites. When these infectious agents enter your digestive systems, such as through the ingestion of contaminated food or water, they can cause a cascade of GI symptoms to follow, most of which are highly unpleasant and can often prevent you from doing much at all during your travels.

There are thousands of “antibacterial” products available on the market in the form of soaps, hand sanitizers, mouthwashes, toothpastes, disinfectants and much more.

But what exactly are these antibacterial products protecting us against?

Bacteria are single-cell organisms (unlike humans, which have millions of different types of cells in our bodies) that can live in soil, the ocean, and even inside of our GI tract. Although a proper amount of bacteria living inside of our guts helps ensure that we are properly digesting food, the unwanted invasion of these bacterial species into our bodies can be very destructive.

In the United States alone, there have been over thirty E. coli outbreaks that have taken place over the past few decades. E. coli species play a significant role in promoting the occurrence of traveler’s diarrhea in developing tropical and semitropical regions.

There are two major types of E. coli strains: 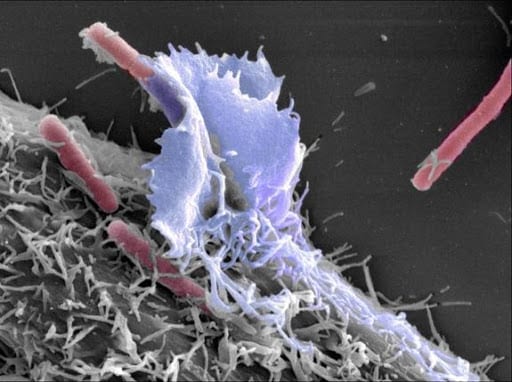 An infection that is a result of the invasion of the Shigella species of bacteria is also referred to as shigellosis. This type of diarrheal condition exhibits some key symptom features, of which can include:

Here are some key features of Shigella bacteria: 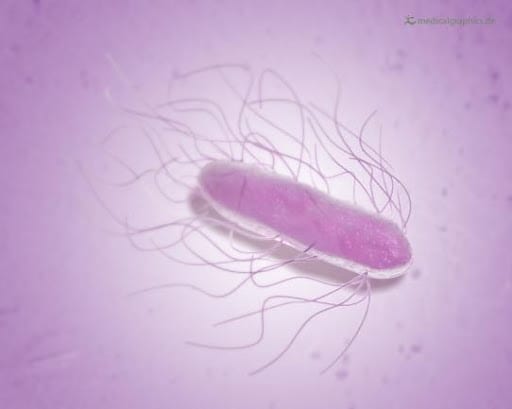 It is important to recognize that nontyphoidal salmonellosis, which is the condition in which an individual is exposed to and suffers from the symptoms of Salmonella poisoning, is very different that typhoid fever that is caused by Salmonella typhi.

Here are some key features of Salmonella infection:

Of the various species of Campylobacter that exist, Campylobacter jejuni is one of the most commonly identified bacterial origins of acute gastroenteritis in the world. In developing countries, campylobacteriosis, which is the term used to describe the condition that results from Campylobacter exposure, affects individuals of all ages.

Here are some important facts on Campylobacter and its relationship to traveler’s diarrhea:

Some of the most common viral infections include the influenza virus, hepatitis, dengue fever and severe acute respiratory syndrome (SARS).  Viral traveler’s diarrhea, if left untreated, typically lasts for 2-3 days. There are three main virus classifications, of which include: 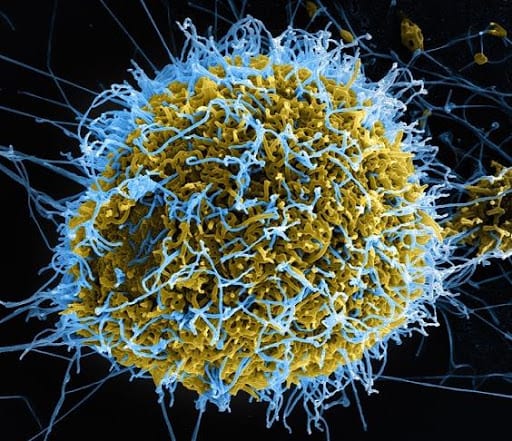 Approximately 30% of all physician visits that travelers will take following their return home from developing countries will be from diarrhea caused by parasites. As compared to bacterial and viral diarrhea, traveler’s diarrhea that occurs as a result of parasitic invasion can last for weeks to months if left untreated.

The most common parasites that account for traveler’s diarrhea include:

The association between traveler’s diarrhea and GI disorders, particularly irritable bowel syndrome (IBS), has been investigated since the early 1960s when researchers Chaudhary and Trulove associated the onset of IBS symptoms in patients who had previously recovered from dysentery.

As research in this area continued to progress, researchers termed this condition as postinfectious irritable bowel syndrome (PI-IBS), which describes individuals with IBS who have been shown to develop their symptoms following an episode of infectious gastroenteritis 1.

One of the ways to differentiate PI-IBS from other forms of IBS is through the following parameters:

Protecting Yourself from Traveler’s Diarrhea

Since most traveler’s diarrhea cases result from the ingestion of contaminated food and water, it is important for travelers to be educated on how they can reduce their risk of exposure to these pathogens. While this type of education is important, it should still be noted that travelers do not have much control over various factors, such as the hygiene of a restaurant, that can still expose them to potentially harmful pathogens.

Here are some useful tips that you can consider before planning your next trip: 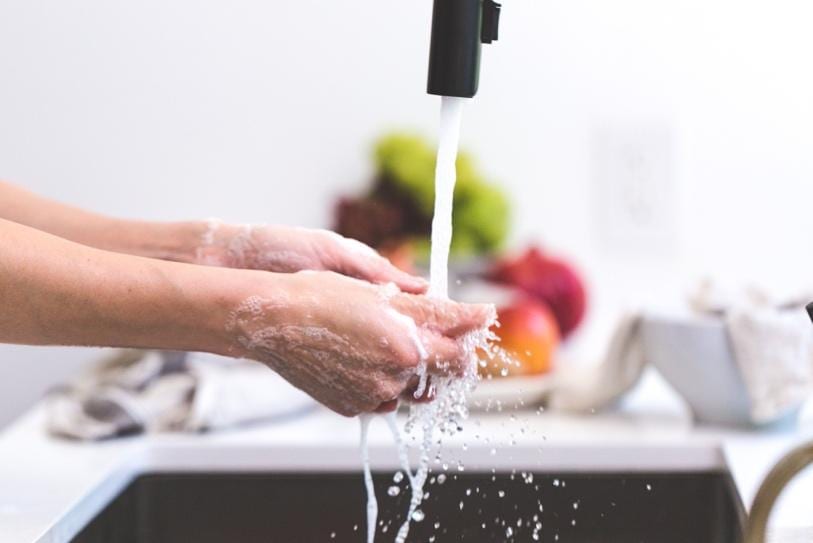 If you do not have access to a bathroom to wash your hands while traveling, it is highly recommended to always keep alcohol-based hand sanitizers, or other types of solutions, with you at all times, as these solutions have been shown to be just as good, or even better, than traditional handwashing with water and soap. 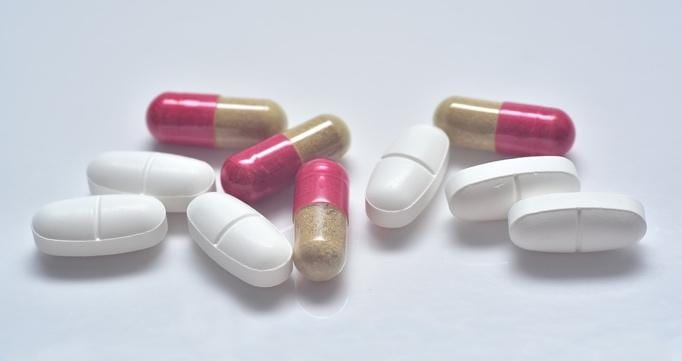 Aside from educating yourself about the do’s and don’ts before leaving for your travel destination, it is important for you to also realize that there are several prophylactic drugs that have been shown to be effective in preventing traveler’s diarrhea.

A prophylactic drug is a medication that is taken in an effort to prevent a disease, which is different than most other types of medication that are taken after a disease has already been acquired.

While there is some debate as to the actual success of prophylactic drugs while traveling, the National Institutes of Health Consensus Development Conference in 1985 did recommend the use of these drugs for the following travelers:

It is also important to recognize that, while this has not been completely validated by scientific studies, researchers expect that the use of prophylactic drugs can have a role in preventing postinfectious IBS.

How to Protect Yourself at Home

It is important to realize that diarrhea that results from food contamination can also occur while at home in developed countries.

Below are the basic steps to take to avoid food poisoning at home:

To avoid bacterial, viral, or parasitic diarrhea from occurring, it is crucial for people to wash their hands well during food preparation. This becomes an even more important protective measure when handling raw meat and vegetables, as well as using the bathroom or petting an animal, as each of these sources can play a contributing role to the occurrence of diarrhea. 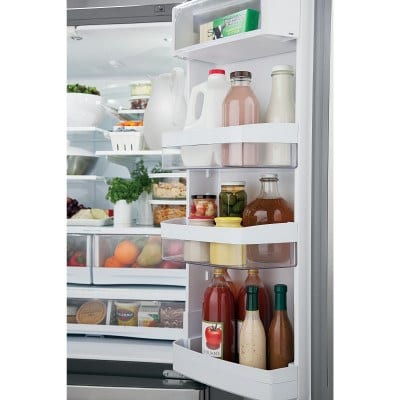 If you have cooked food that you want to save for later, make sure you do not keep leftovers at room temperature for more than two hours before putting them in the fridge. The longer food is left out will increase the chance of microorganisms growing on your food. 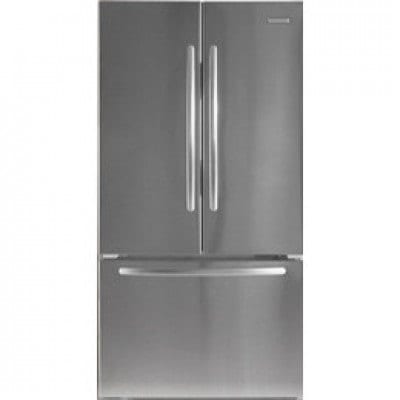 It is extremely important to immediately clean up any food or drinks that spill in your fridge with a suitable detergent. Fridges should be cleaned fully as often as necessary, as well as deep cleaned at least once a year.

The coldest part of your fridge should be kept at a temperature between 0 and 4°C. Also, make sure to check the door seals to ensure they’re still airtight. By keeping your refrigerator at the correct temperature, your food will be able to stay fresh and prevent the unwanted invasion of microorganisms. 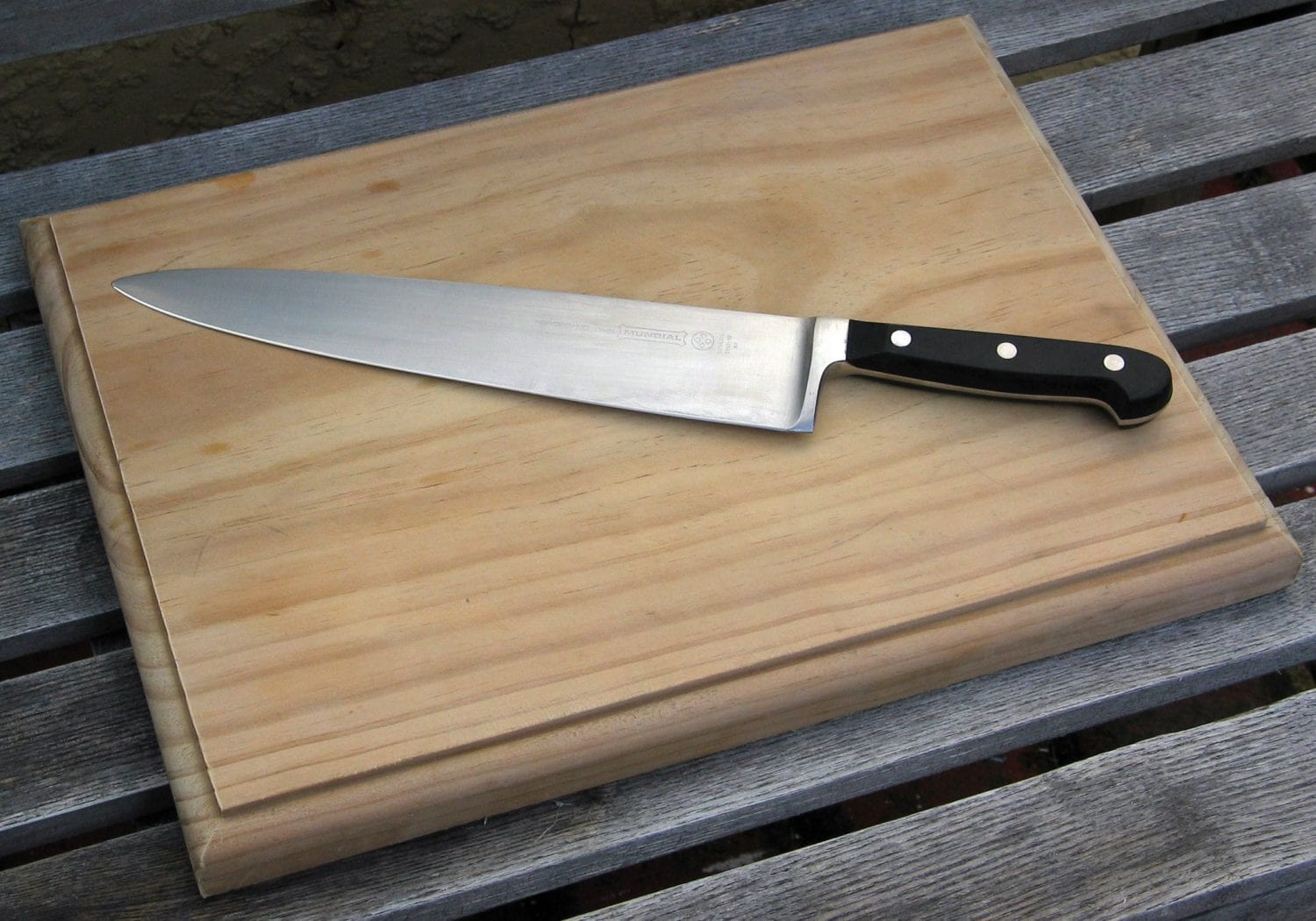 You should use one chopping board for raw meat and fish, and another for cooked foods and clean vegetables. And once your food is cooked, make sure not to reuse the dishes or utensils you used to carry or handle the raw ingredients.

To protect yourself from harmful infectious organisms, cook all of your meat products thoroughly. This is especially when young children, pregnant women, and people with weakened immune systems will be consuming these food products, as undercooked foods, such as a rare meat patty, could potentially carry harmful microorganisms.

When in Doubt, Avoid Raw Foods

Although raw food can be safe to eat, there is always a level of uncertain risk associated with these food products. Children, pregnant women, and people with weakened immune systems are strongly advised to avoid raw meat and fish (carpaccio, ceviche, sushi, etc.) and unpasteurized dairy products. Freezing fish for seven days is an effective way of killing parasites (such as Anisakis). With fresh produce, it is recommended that consumers check the label prior to freezing. Additionally, avoid refreezing products that have already been thawed.