Natural Remedies for IBS: A Review of the Science 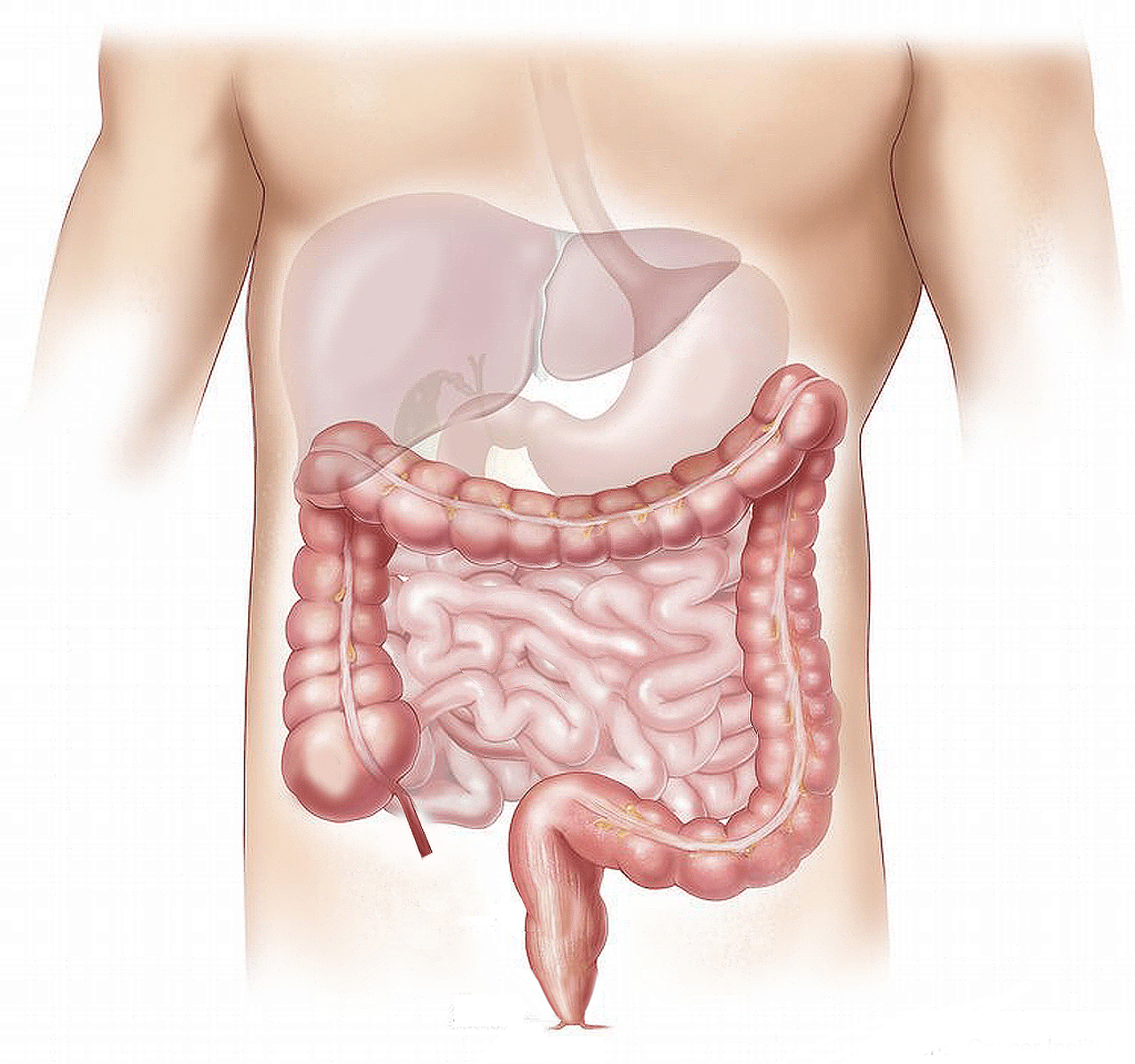 IBS is a chronic but episodic disorder of the bowels. The most common symptoms include abdominal pain, cramping or bloating, excess gas, mucus in the stool and diarrhea, constipation, or alternating bouts of these conditions.  Most commonly, the abdominal discomfort is relieved by passing stool.

Currently, we don’t know the cause of IBS, though it appears to be related to inflammation, “disconnects” between the nervous system surrounding the digestive system (the enteric nervous system, sometimes called the “second brain”), abnormalities in the pattern of the gut flora such as SIBO and dysfunctional muscle contractions in the large intestine. We also know that certain foods, stress and hormonal changes in women can play an important role.

The Rome IV criteria allow for a diagnosis of IBS in people with recurrent abdominal pain that occurs at least once a week during the last 3 months and is associated with two or more of the following:

Mainstream medical treatment of IBS includes dietary approaches such as avoiding certain foods and changing up the amount and types of fermentable carbohydrates in the diet as well as medications to treat diarrhea, constipation, gas or pain. Exercise, biofeedback, and therapy to cope with IBS are sometimes recommended as well. Other alternative therapies recommended include stress management, probiotic supplementation, and acupuncture.

Unfortunately, a lot of the time conventional treatment approaches don’t work. So doctors and patients need to look outside of these options for other natural alternatives such as herbal medicine.

Digestive disorders have been treated for centuries by herbalists—and the science is still “catching up”.

Below is a look at the herbs which have been proven effective in studies for IBS. 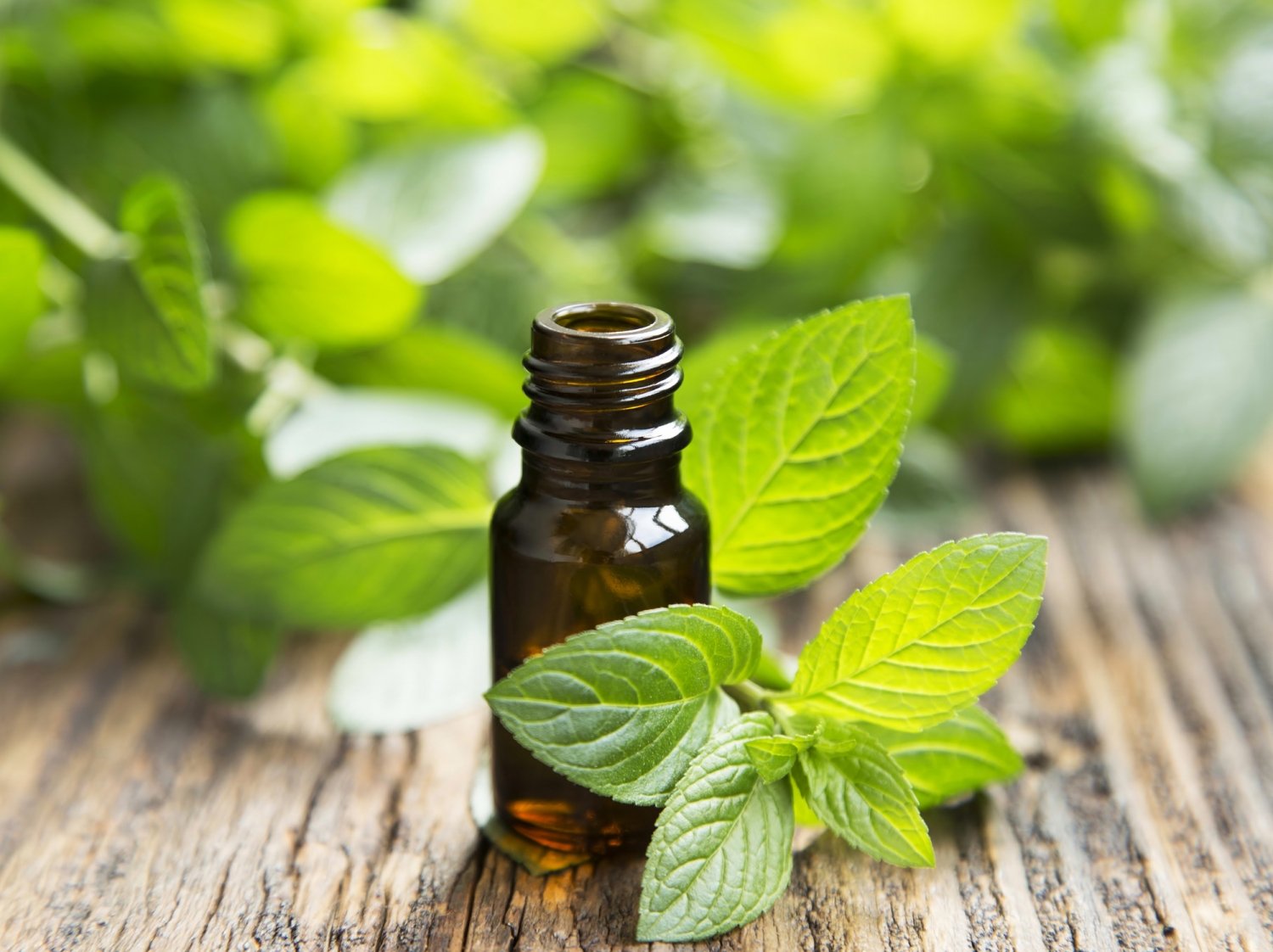 The most “mainstream” natural remedy for IBS nearly universally accepted is peppermint oil. Several recent reviews have concluded that peppermint oil is a safe and effective treatment for IBS in both children and adults. 1,2,3,4

The substances in peppermint oil, primarily menthol, appear to be anti-spasmodic, anti-inflammatory and have anti-bacterial effects. Peppermint oil improves gut motility and decreases the spasms and the associated discomfort of IBS. 5,6 When several studies were analyzed, the percentage of patients who showed improvement in symptoms ranged from 39 to 79%. 7 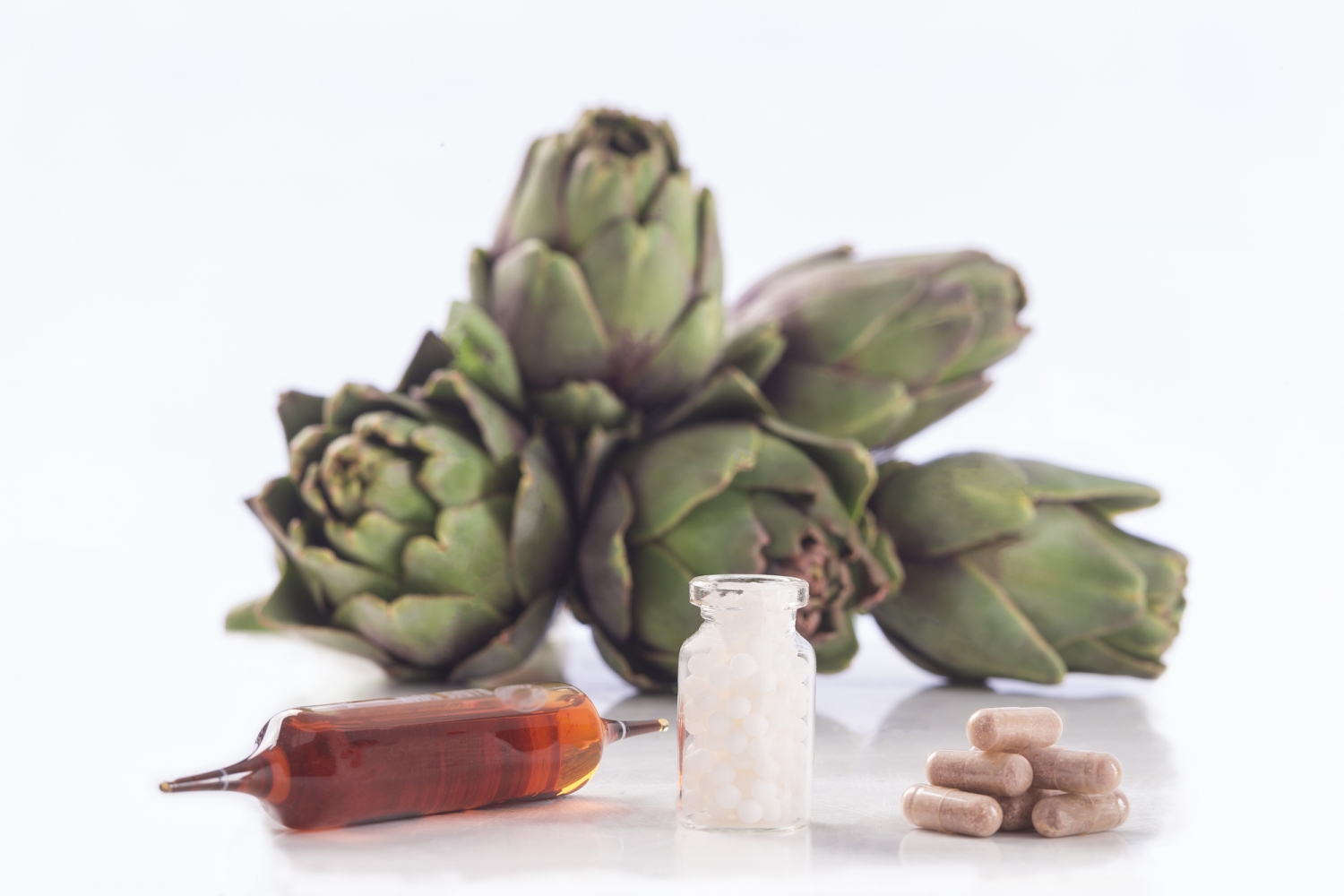 Artichoke leaf extract was used in two studies and is included here because the results were promising.  In the first study, a specific extract, Hepar-SL forte, was found to reduce (after 6 weeks) abdominal pain and cramping along with a reduction in bloating, gas and constipation. 8

In another study, artichoke extract (Cynara SL) reduced symptoms by about 26% in patients whose main complaint was indigestion and upset stomach. 9 Another non-randomized study indicated that artichoke leaf could provide a significant reduction in IBS symptoms. 10 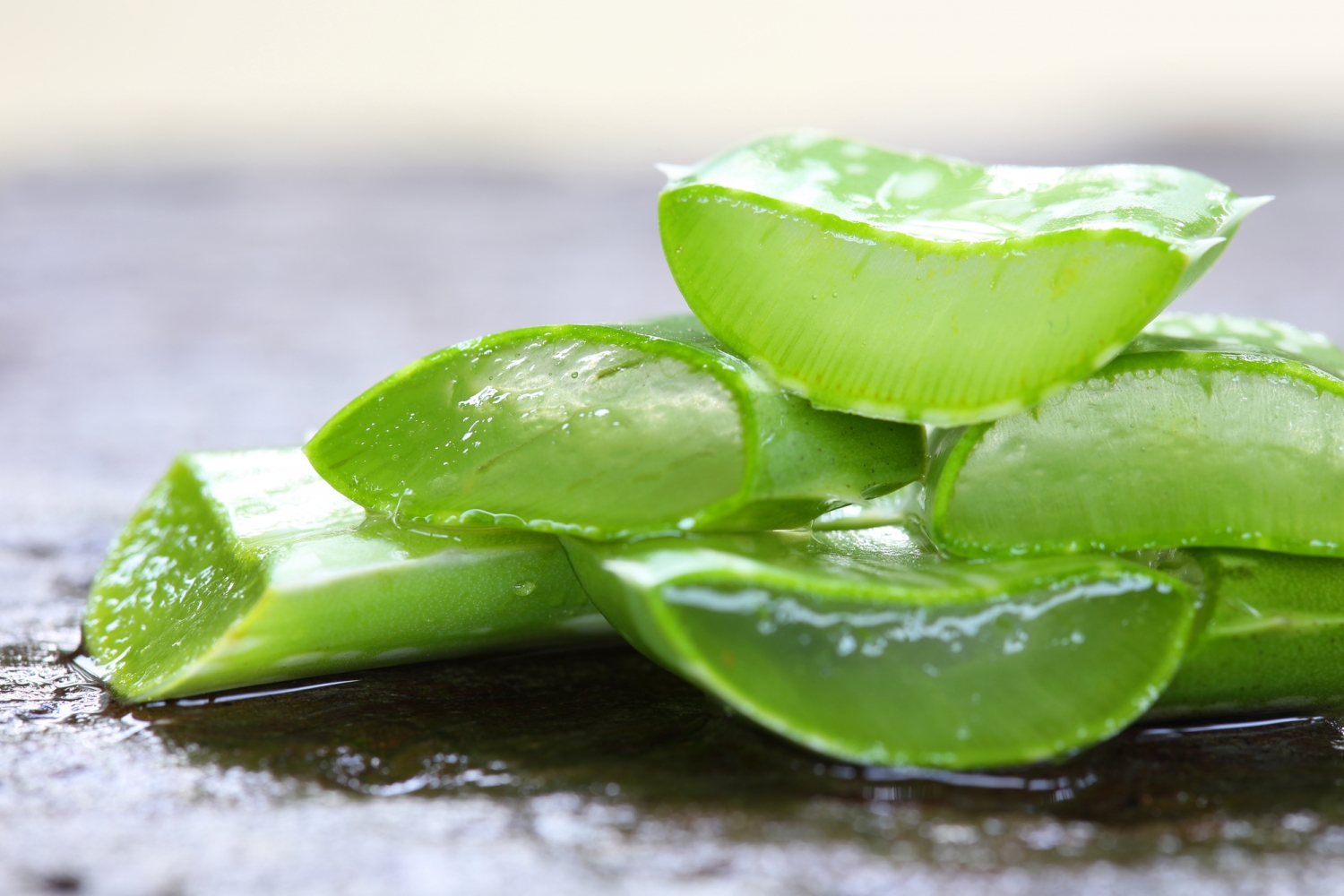 Aloe vera has shown some utility in relieving IBS with constipation but had little or no effect on other symptoms, so it would appear to be most useful for IBS with at least some constipation episodes. 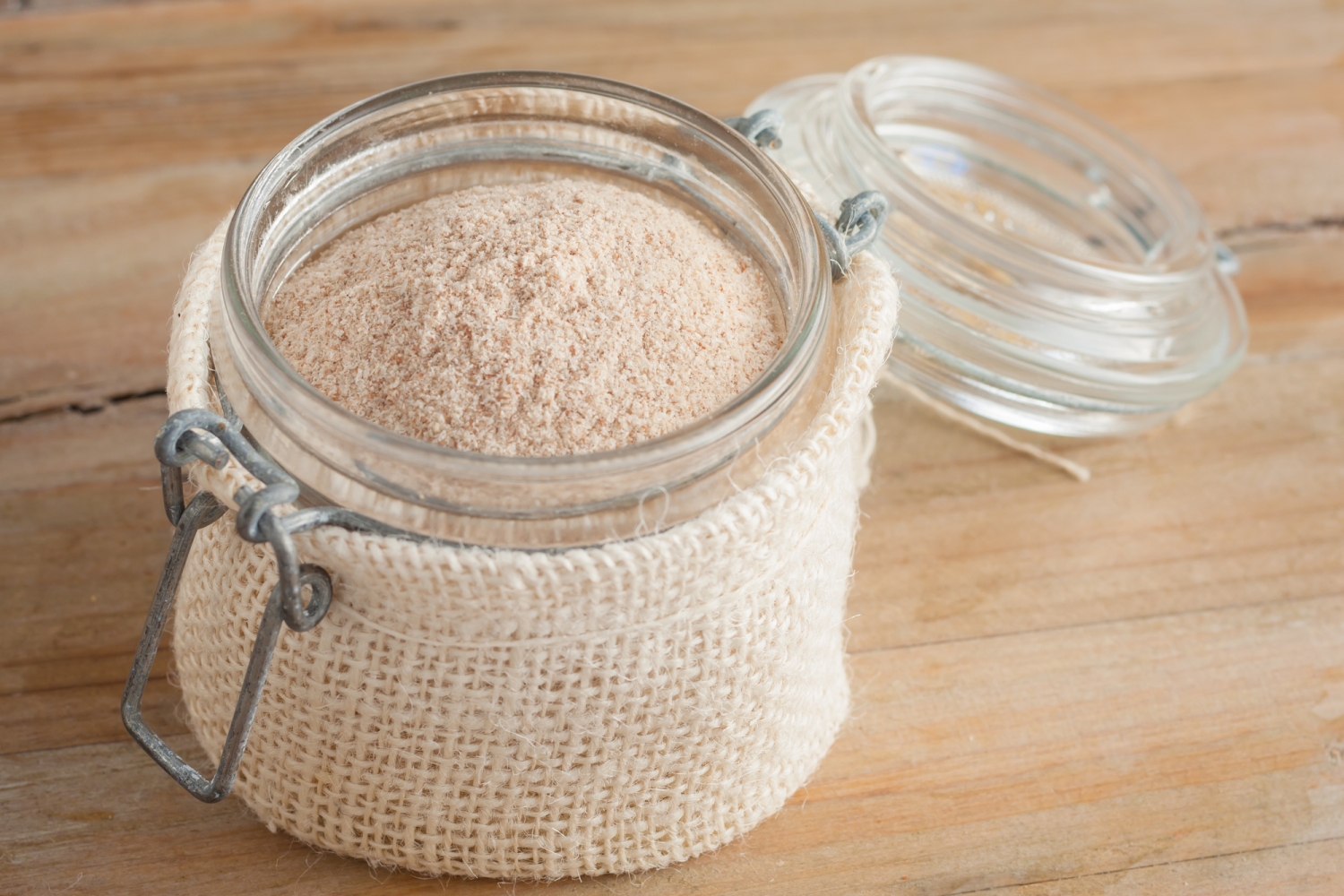 While there is some contradictory evidence, most studies have shown psyllium to improve some of the symptoms of IBS—particularly constipation, diarrhea, and overall abdominal discomfort. A recent study indicated that psyllium can reduce abdominal pain in children with IBS. 12 The most recent meta-analysis of studies on psyllium’s effect on IBS indicates that psyllium, or more generally, soluble fiber, was effective in treating IBS with no evidence of harm. 13 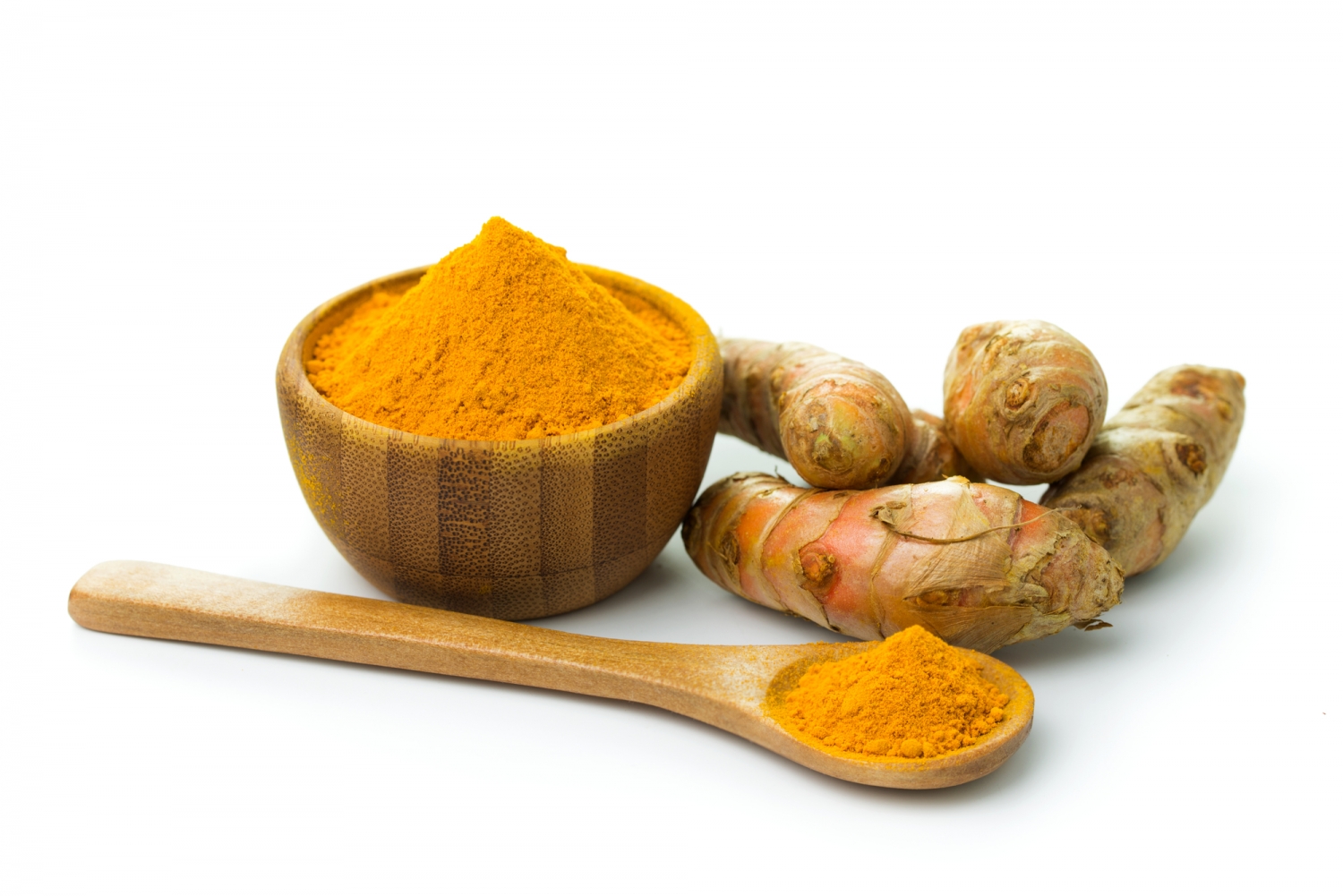 Curcumin, derived from the turmeric plant was studied in an 8-week pilot study in two doses, 72 or 144 mg of a standardized extract. Both groups showed a 53% and a 60% decrease in symptoms respectively, with22-25% reporting a reduction in abdominal pain and discomfort. 14 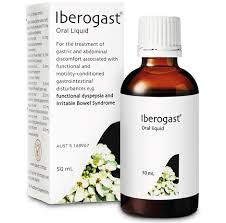 The combination of herbs affects the upper and lower digestive systems to provide significant relief. 15,16 It is not clear which of these herbs have the greatest impact on IBS, but in Europe, this combination is often recommended because of the significant symptom overlap between functional dyspepsia and IBS.16 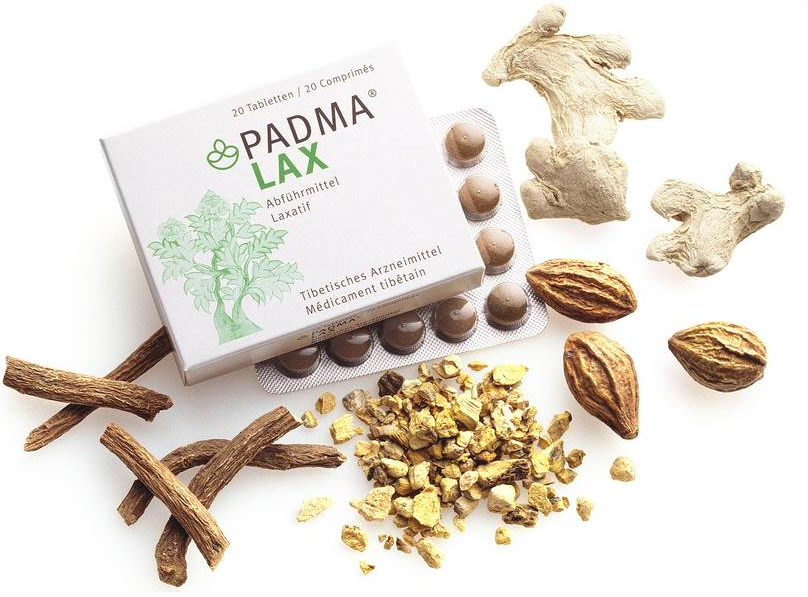 Padma lax is a traditional Tibetan formula that contains aloe, jateorhiza root, marsdenia, and rhamnus bark, along with 6 other herbs. In one study, significant improvement in constipation, the severity of abdominal pain, and gas was seen. Significantly more people reported improvement as compared to previous treatment(s). 18

Traditional Chinese Medicine (TCM) formulations have also been studied in IBS. Here are the types of positive studies. 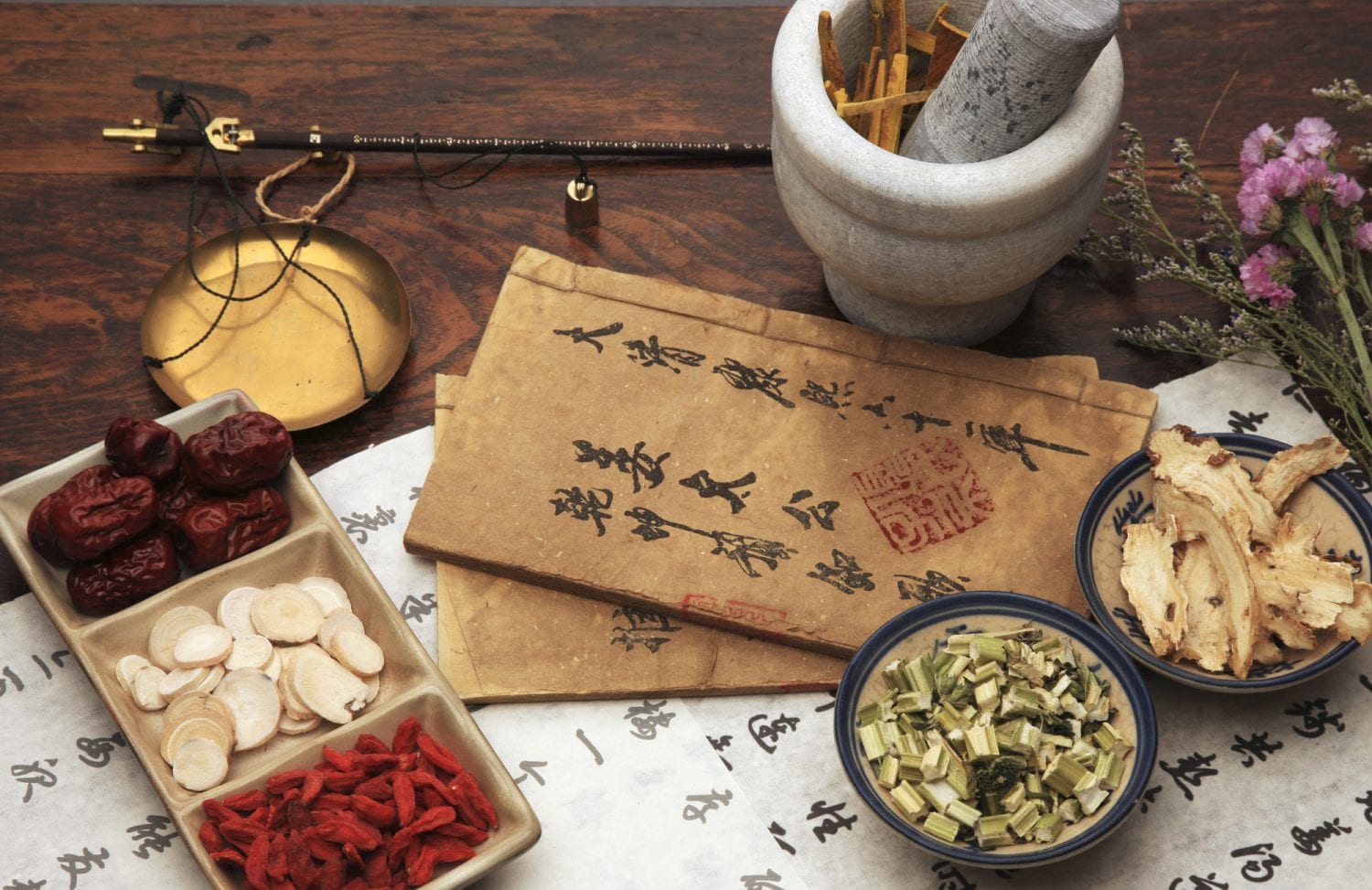 TXNG or Tong-xie-ning, contains peony, atractylodes, citrus rind, and allium and was tested in IBS-D.  Results indicated decreased IBS-related pain (as measured by a numeric pain intensity scale), decreased frequency of diarrhea and improved consistency in stool. 19 Nearly 83% of all patients reported a reduction in pain as compared to about 40% of non-IBS patients. 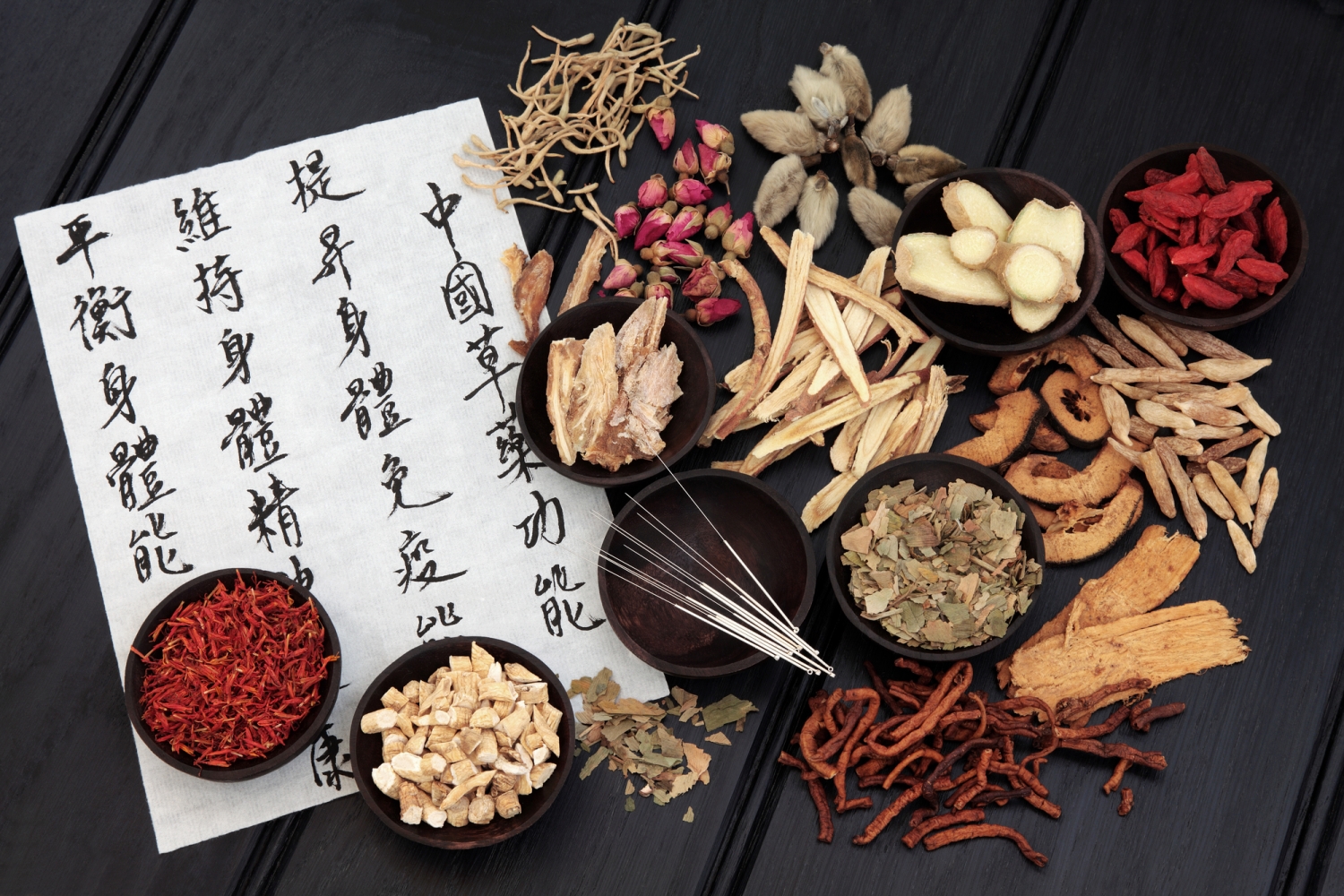 TXYF or Tong-Xie-Yao-Fang contains atractylodes, peony, citrus rind and ledebouriella root and was tested in IBS-D. Patients reported decreased pain.  Lab tests indicated decreases in 5-HT and corticotrophin-releasing factor (CRF), though the significance of these findings is not clear. 20

A recent meta-analysis indicated that a number of TCM formulas performed significantly better than pharmaceuticals in IBS-C. 21 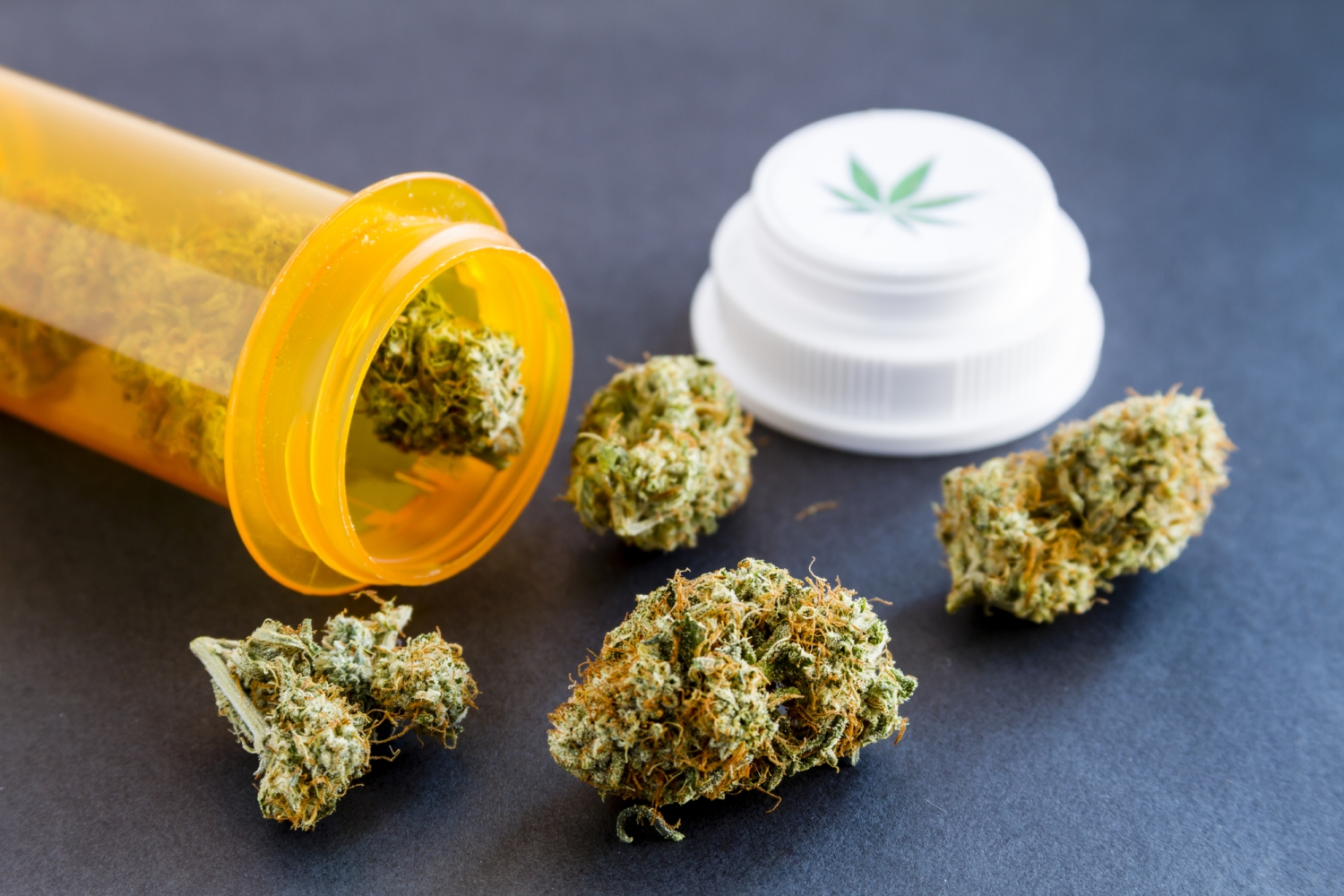 One study showed that cannabis could significantly reduce abdominal pain in Crohn’s disease. 22 A number of researchers have postulated that IBS, along with fibromyalgia and migraines, may actually represent endocannabinoid deficiency. 23,24Research into the potentials for the use of medical cannabis is expanding—a recent review of the role of cannabis in digestive disorders concludes that “…the current literature supports the use of marijuana for the treatment of digestive disorders, the clinical efficacy of cannabis and its constituents for various GI disorders remains unclear.”25 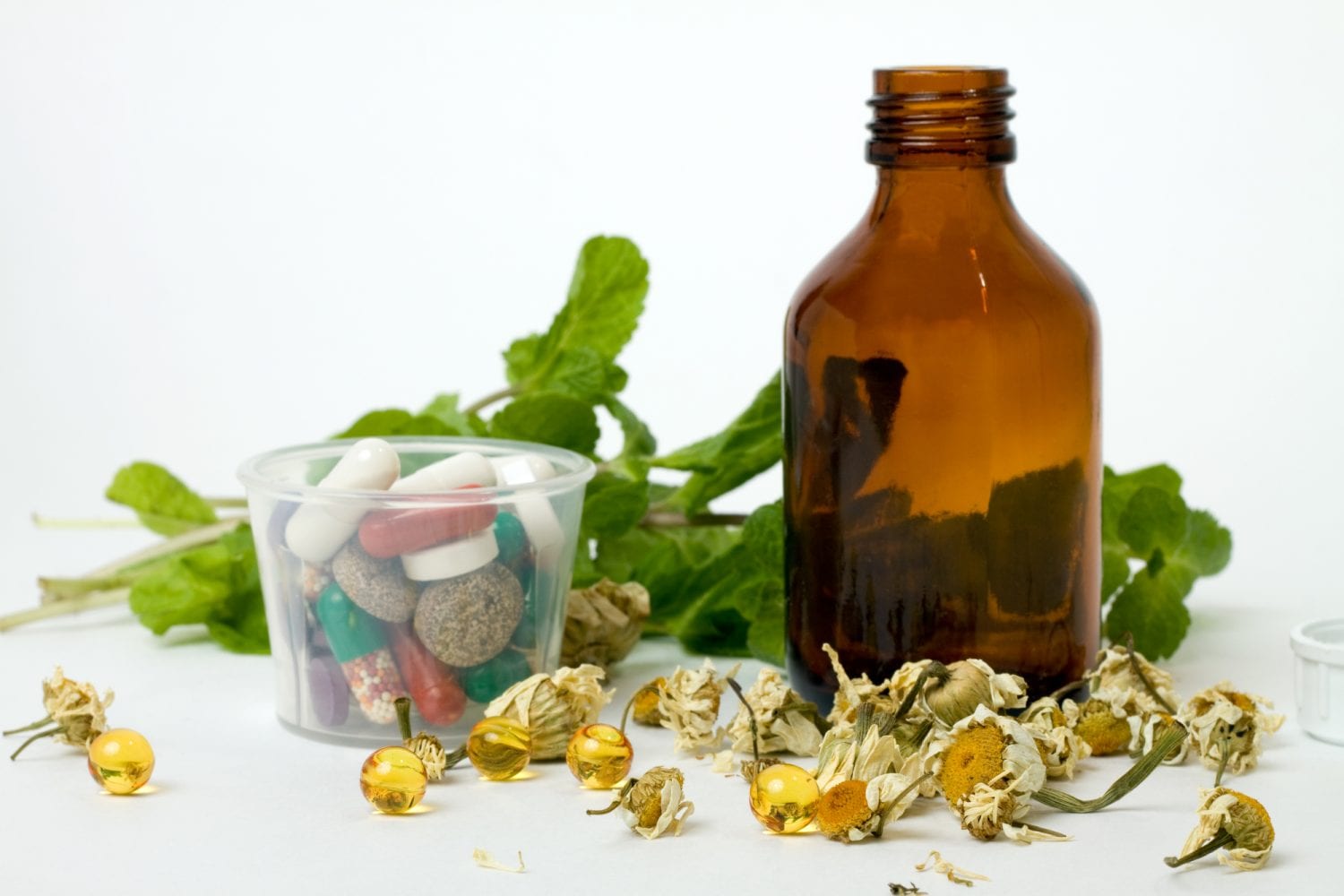 There are numerous herbs that have been used traditionally to treat IBS but that have never been clinically tested specifically for the effects on IBS.

These herbs include chamomile (to calm diarrhea); slippery elm (which can add bulk to the stool for those with IBS-D and softening the stool, for those with either IBS-C or IBS-M); anti-inflammatory herbs such as curcumin, ginger and holy basil; carminative herbs (preventing gas formation) including anise, caraway and peppermint(!); and nervines such as skullcap, oats, lemon balm and passionflower, which can help alleviate stress and calm the digestive system.

A note on SIBO 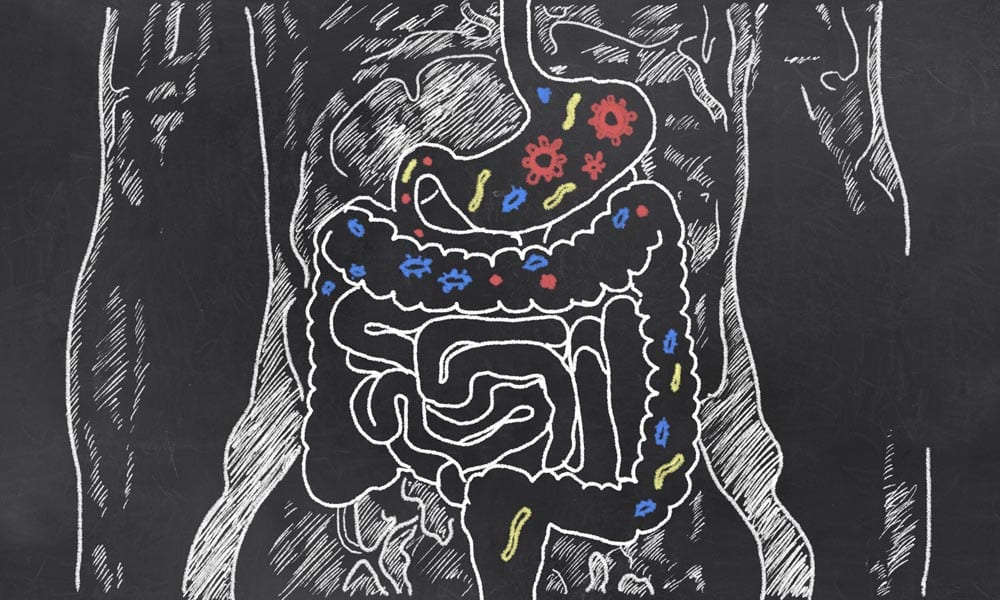 For both methane and hydrogen dominant SIBO, garlic in the form of allicin has been used along with either purified berberine or herbs that contain berberine (Oregon grape, goldenseal, barberry, and goldthread) and oregano oil. Methane-dominant SIBO is more difficult – there are few antibiotics and herbs that can kill off the methane-producing prokaryotes.

Garlic and allicin are somewhat effective as are berberine-containing herbs.  These tend to lose effectiveness over time and should be alternated. An herb that is effective against methane-producing prokaryotes in cattle but has not been tested in humans is perilla frutescens—which, interestingly, is a member of the mint family.

To see an overview of herbal antibiotics used in SIBO see the guide here.

Summary of Natural Remedies in IBS

One thing to keep in mind is that there has not been as much scientific research on natural remedies for IBS so there are definitely new formulations, herbs, and delivery methods that could be of use in the future. To know about effective alternative treatments for IBS, see our SIBO Elimination Toolkit, here.