Food Poisoning Causes SIBO: Why and How to Avoid

You might have heard that foodborne illness like food poisoning is usually a short-term, mild condition that gets resolved within a few days or weeks. Although it may look harmless, recent scientific research has shown that food poisoning, along with diarrhea and bloating, may lead to the development of a severe digestive condition called SIBO (Small Intestinal Bacterial Overgrowth) 1.

Sounds menacing, right! It has been found that 10% of those who do not recover from food poisoning quickly are prone to developing this gut disorder 2 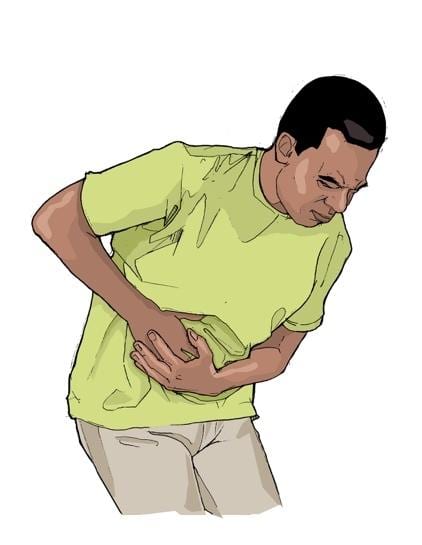 How does Food Poisoning cause SIBO

According to Mark Pimentel, the head of the Pimentel Research Lab in Los Angeles, different bacteria such as Salmonella, E. coli, Shigella, and Campylobacter jejuni, which contaminate food and water, all produce a neurotoxin called toxin B 3. It is a cytolethal distending toxin, which means it causes the intestinal cells to become enlarged or distended.

As a result, the immune system reacts by producing antibodies to eliminate the toxin B. As the number of antibodies against the toxin increases in the human body, the chances of developing SIBO also increase 1. 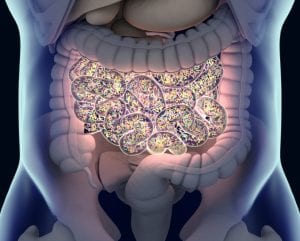 An autoimmune response also causes a reduction of healthy protein (called vinculin) in the intestine. Since the protein vinculin is responsible for stimulating muscles in the gut to push down food through the digestive tract, less vinculin causes the nerve cells and gut muscles to get weaker, thereby initiating fewer pushes (also called peristaltic waves).

The gut becomes sluggish when too few peristaltic waves are initiated, which means food stays in the intestine for too long, giving bacteria a chance to grow. Gradually the symptoms of SIBO, such as gas, bloating, and inflammation, occur.

Why Avoiding Food Poisoning is so Important

The misery of foodborne illnesses does not end when diarrhea or vomiting stops. For some, it is just the beginning of long-term suffering. Each year, over 200,000 people in the US suffer from long-term ailments caused by a bout of food poisoning 4. About 164,000 of them are affected by IBS and SIBO, accompanied by bloating, gas, diarrhea, cramping, and constipation, which are all difficult to treat. 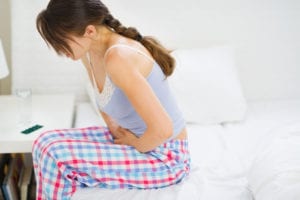 If the toxin B released by the bacteria (that causes food poisoning) enters the bloodstream, it can damage several organs. If it travels to the kidney, it can cause high blood pressure or chronic kidney disease. If it hits the brain, it may result in neurological damages. And we have already seen how food poisoning leads to “post-infectious” SIBO or IBS.

Although it cannot be predicted who will be affected by a long-term foodborne illness, the pregnant, the immune-compromised, and the old are most vulnerable.

If you have been affected by post-infectious IBS or SIBO, further food poisoning may lead to the same reaction, damaging the normal gut flora in the digestive tract. Therefore, it is imperative to avoid food poisoning for preventing the occurrence of such long-term health issues.

How to Avoid IBS and SIBO Caused by Food Poisoning

Now that you have understood the connection between food poisoning and SIBO and IBS, here is some targeted advice from the researchers that will help you in not just avoiding it altogether but also easing the symptoms.

These include the usual precautions that you should do regularly. Wash your hands after using the public toilet and before eating. If hand washing facilities are out of reach, you can use hand sanitizers and wet wipes.

2. Be more careful about what food you eat

Do not be negligent about eating foods that had been left in the fridge even after their expiration date. Thoroughly wash all fresh fruits and vegetables and eat eggs and meat that are well-cooked. When eating out, avoid foods that have been left in the open for too long, or you suspect that they have not been cooked safely. Eating at buffet restaurants, for example, is a bad idea.

When traveling in countries where you feel the water might be contaminated with bacteria, take advice on water restrictions seriously. If you feel a bout of food poisoning is coming, use activated charcoal for absorbing the toxins. You may use 4 capsules every 5 hours, along with lots of water, so that the total number of capsules does not exceed 20. Make sure to consult a doctor before taking these capsules.

One of the best ways to prevent foodborne illnesses is to think about the items you regularly take. Shrimps that are not properly deveined (or have their digestive system removed) may pose a risk. Shellfish have saxitoxin and can cause severe cases of food poisoning. Prepared salads with lettuce and leafy greens that have not been washed thoroughly can lead to food poisoning.

5. What should you do if you get food poisoning anyway

Unfortunately, people are affected by foodborne illnesses at some point in their life. It can certainly happen even if you make healthy food choices. If it does, make sure to take steps to heal your gut immediately after the bout of food poisoning has ended.

A study has shown that the intake of amino acids, such as glutamine, regularly helps in reducing the symptoms of post-infectious SIBO or IBS.

You may also look at measures to repair and strengthen your gut’s migrating motor complex, the electromechanical activity that takes place in intestinal muscles between meals. For doing that, your medical practitioner may tell you to undergo therapeutic procedures like acupuncture, abdominal massage, or neurological chiropractic.

You may also need to read another in-depth article to protect yourself and loved ones: How to Avoid Food Poisoning and Traveler’s Diarrhea

What Should You do if You get SIBO after Food Poisoning 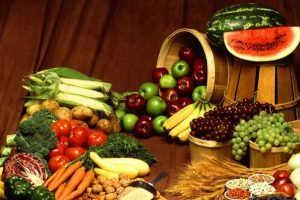 When and How You should Test for SIBO

Doctors usually recommend for SIBO testing only after other tests have completely ruled out gastrointestinal issues like parasitic or fungal infections. To diagnose SIBO, the doctor will go through your medical history and ask about the symptoms. If he suspects SIBO, he might tell you to perform either a hydrogen/methane breath test or endoscopy. 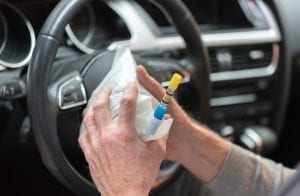 While endoscopy is both invasive and expensive (giving you an inadequate scope of evaluation), the hydrogen/methane breath test gives you more accurate results so that you can verify the presence of SIBO. The breath test is the more popular method that helps in finding out the concentration of methane and hydrogen in your breath.

Since there is a high possibility of recurrence after the treatment of SIBO with antibiotics, you need to keep your intestines in good health and take precautionary measures to reduce bacteria overgrowth.

From the above discussion, you have probably learned how to remain extra careful about food safety so that you can avoid food poisoning and its associated digestive disorders like SIBO or IBS. While it entails some sacrifices, it is worth avoiding for the prevention of further complications and long-lasting damage.

With more and more research being done on SIBO and IBS, people are now becoming more aware of how to keep their gut healthy. Hopefully, as more medical practitioners become educated in SIBO and IBS, there will be much easier access to diagnosis and treatment, which will give better outcomes.