4 Best Alcohol For Stomach Problems [2023 Guide]
SiboSurvivor Blog What Are The Best Alcoholic Drinks For an Upset Stomach?

What Are The Best Alcoholic Drinks For an Upset Stomach?

Many people all over the world enjoy the art of drinking, and they often do so for a number of different reasons.

The occasional drink can improve your mood, reduce anxiety, and allow you to relax at the end of a stressful day.

But, for those of us with sensitive stomachs or certain digestive conditions, drinking too much or the wrong kind of alcohol can exacerbate your digestive symptoms and cause an upset stomach. 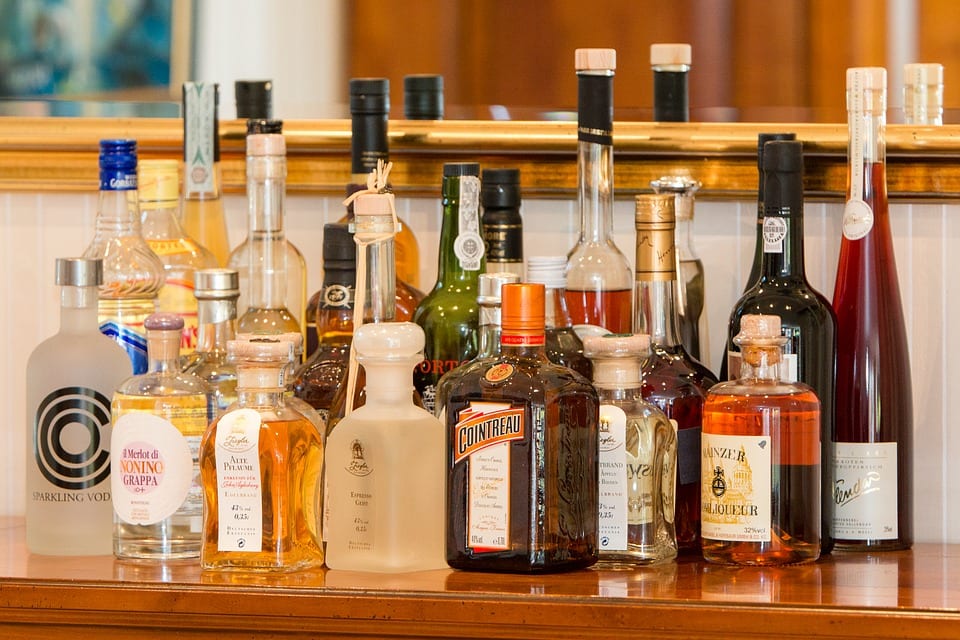 While most people are aware of the potentially toxic effects associated with consuming alcohol, which most commonly involves liver and kidney disease/failure, there are several other ways in which alcohol can affect a number of organs in our body.

For individuals struggling with SIBO, IBS, or any other type of gastrointestinal issue, it is imperative to make well-informed decisions on what you consume and drink each day.

By understanding how alcohol works in the body and the potential benefits and harmful effects of alcohol, particularly if you deal with SIBO, IBS, or other gut-related issues, you will be able to make the most knowledgeable decision on whether that occasional drink is worth it, and if it is, which one is easy on the stomach.

In this article, you will learn how alcohol affects digestion and which alcohols are easiest on sensitive stomachs, IBS, SIBO, and other intestinal conditions if you do decide to have a drink.

If you’re going to drink it’s important to choose clean low-FODMAP alcohol that won’t cause a major setback.

How Alcohol Works in Your Body 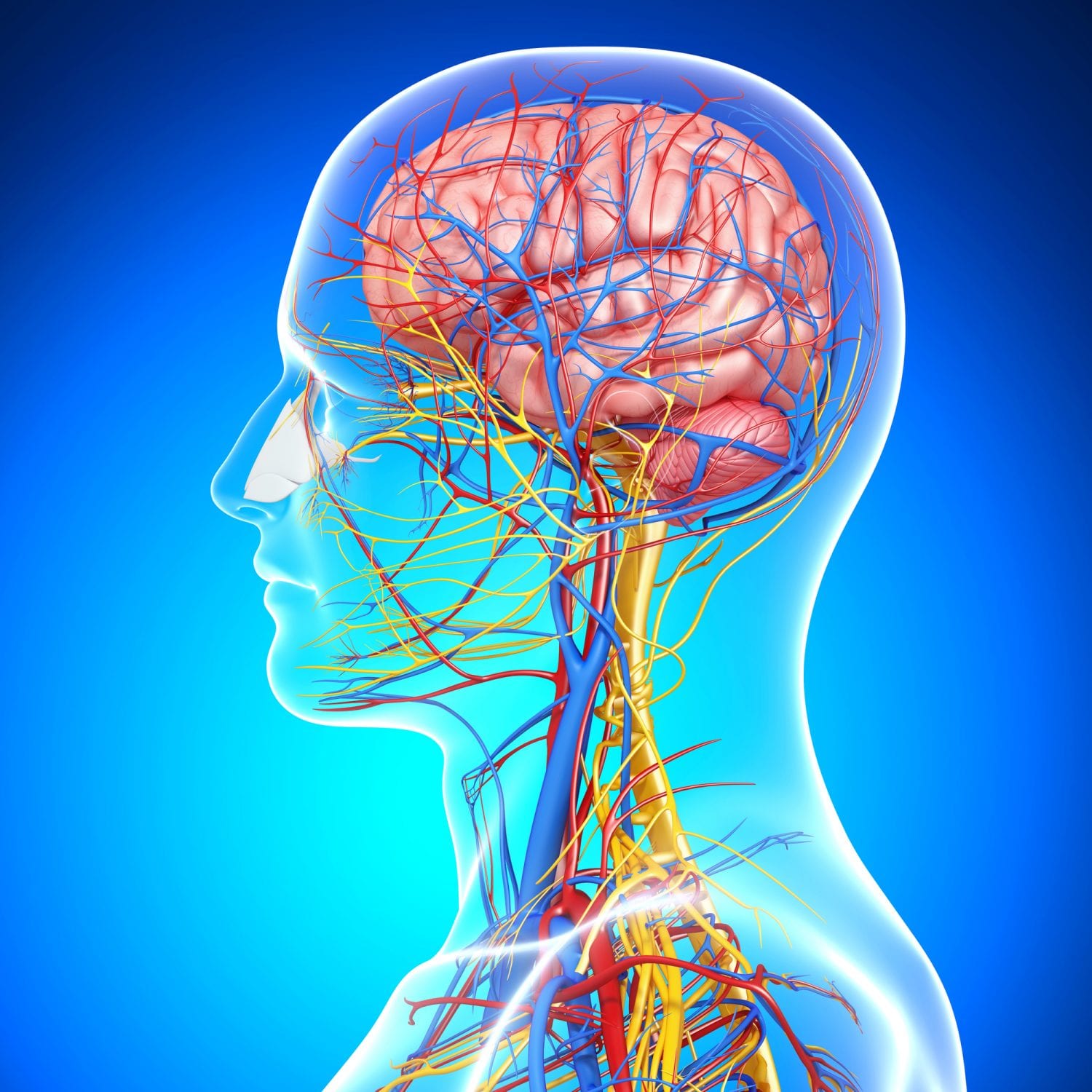 Like any other food or drink you consume, alcohol will move from your mouth, through your esophagus, and eventually reach the stomach.

Once in the stomach, about 20% of the alcohol you drink is rapidly absorbed into the bloodstream, whereas the remaining 80% will be absorbed by your small intestine 1.

Alcohol traveling through the bloodstream will eventually reach the liver, where enzymes including alcohol dehydrogenase (ADH) or cytochrome P450 (CYP2E1), as well as the enzyme catalase, which can be found in various different parts of the body, can then metabolize it.

The remaining alcohol that does not get metabolized will leave the body through urine, saliva, or sweat.

Immediate harmful effects that an individual who has consumed too much alcohol can notice include:

The chronic use, and often abuse of alcohol can be associated with increasing an individual’s susceptibility to the following illnesses:

While the metabolism of alcohol may seem fairly straightforward, the harmful effects of alcohol are most commonly associated with the metabolism processes that often result in the excess production of nicotinamide adenine dinucleotide plus hydrogen (NADH).

NADH in high amounts can lead to lactic acid, which results in acidosis in the body, as well as a lack of glucose synthesis, which can lead to hypoglycemia 2. Long-term effects of chronic alcohol consumption include weight gain, fatty liver, and heart attack.

Health Benefits of Having a Few Drinks

Despite the numerous harmful effects that are associated with the consumption of alcohol, several clinical research studies conducted over the last several years have analyzed the different ways in which alcohol, when consumed moderately, can actually promote a number of health benefits such as:

However, eating a healthy diet and doing excercise regularly have much greater benefits for your gut health.

Moderate drinking is defined by the United States Department of Agriculture (USDA) and the Dietary Guidelines for Americans as the consumption of no more than one to two drinks per day for men, and no more than one drink a day for women. 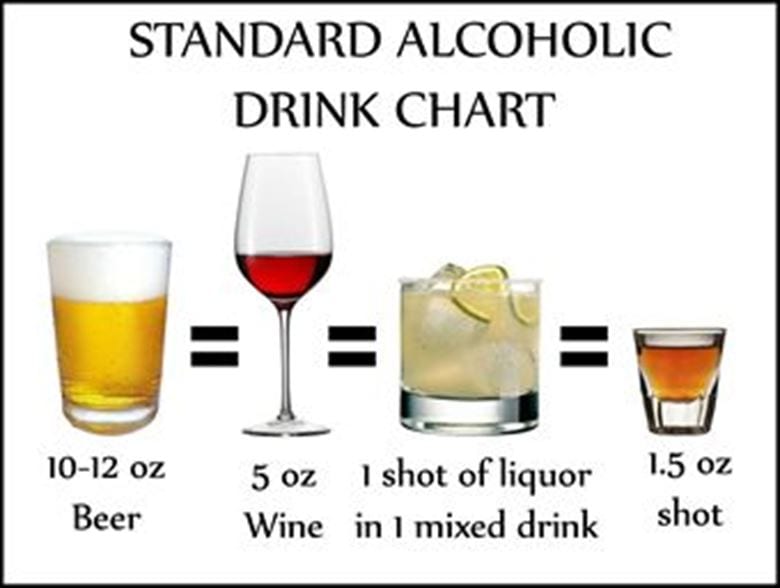 Moderate amounts of alcohol have been shown to raise levels of high-density lipoprotein (HDL), a “good” type of cholesterol that has actually removed the harmful cholesterol from your body.

When an individual has higher HDL levels, they are better equipped to protect themselves against heart disease, therefore providing a link between healthy alcohol consumption and improved cardiovascular health 3. 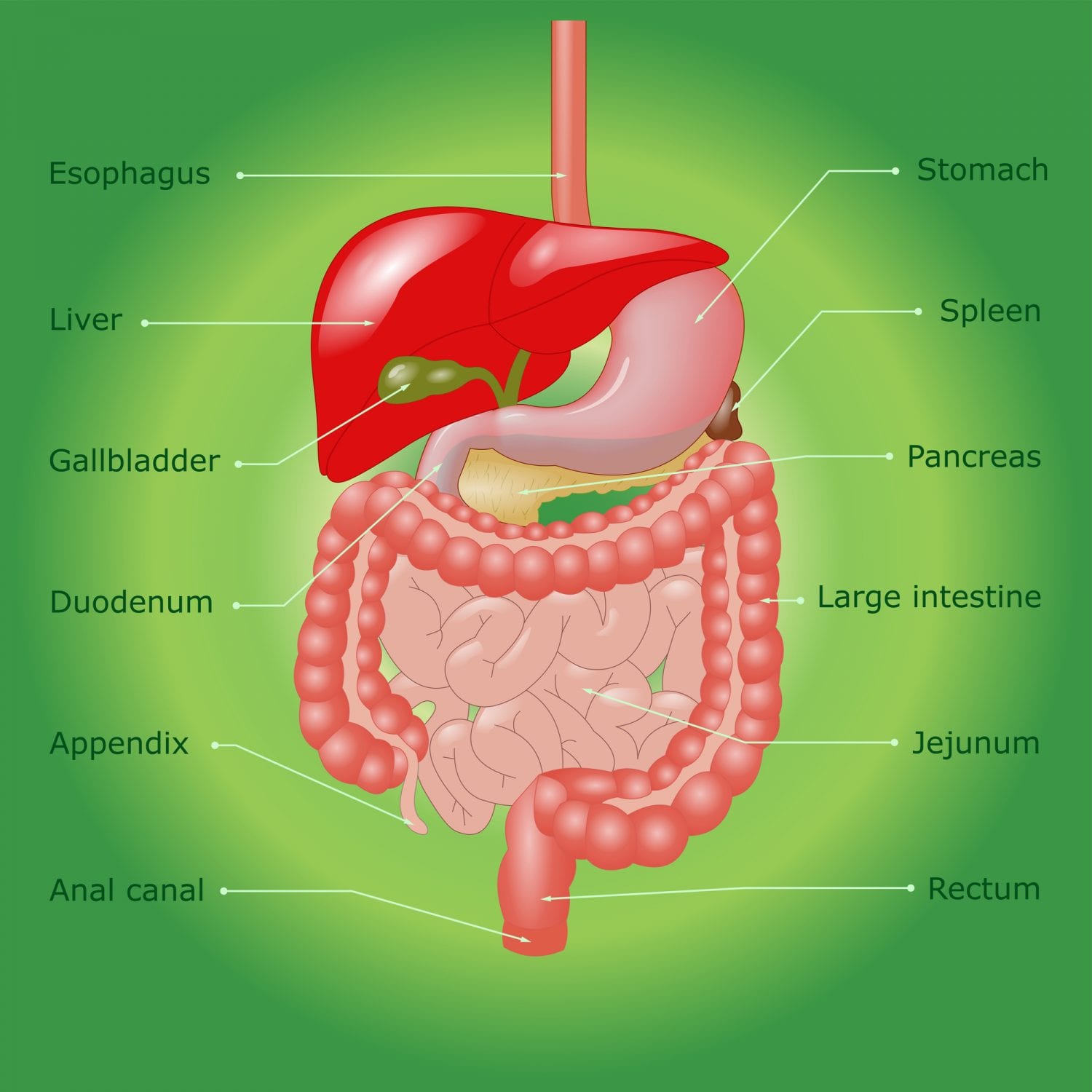 The first organ system of the body that comes into direct contact with alcohol is the digestive system; therefore, from your mouth to your rectum, almost every part of your digestive system can be affected by the consumption of alcohol. These harmful effects can include:

Alcohol consumption can cause irritation to the mouth and throat, which accounts for its association with increasing the risk of mouth cancer.

Increased risk of esophageal cancer as a result of irritation from alcohol as it travels from the mouth to the stomach.

Additionally, alcohol consumption can lead to malabsorption of nutrients, which puts individuals at a much higher risk of developing a cascade of other diseases and illnesses.

Alcohol consumption can inhibit nutrient absorption within both the large and small intestines. Intestinal motility can also be affected and lead to diarrhea.

Alcohol can lead to an inflammation of the pancreas, otherwise known as pancreatitis. Alcohol can also affect the way in which insulin is produced by the pancreas, which can ultimately cause an individual to acquire diabetes if consumption does not cease.

As previously mentioned, alcohol is metabolized by ADH and CYP2E1, both of which are important functional enzymes of the liver.

By interfering with the normal function of these enzymes and producing harmful byproducts, liver effects can include inflammation of the liver, or hepatitis, liver cirrhosis, which is a scarring of the liver tissue that kills hepatocytes (liver cells), jaundice, which is a yellow discoloration to the skin and eyes and darkened urine 4.

Alcohol with SIBO, IBS and Other Gut Issues 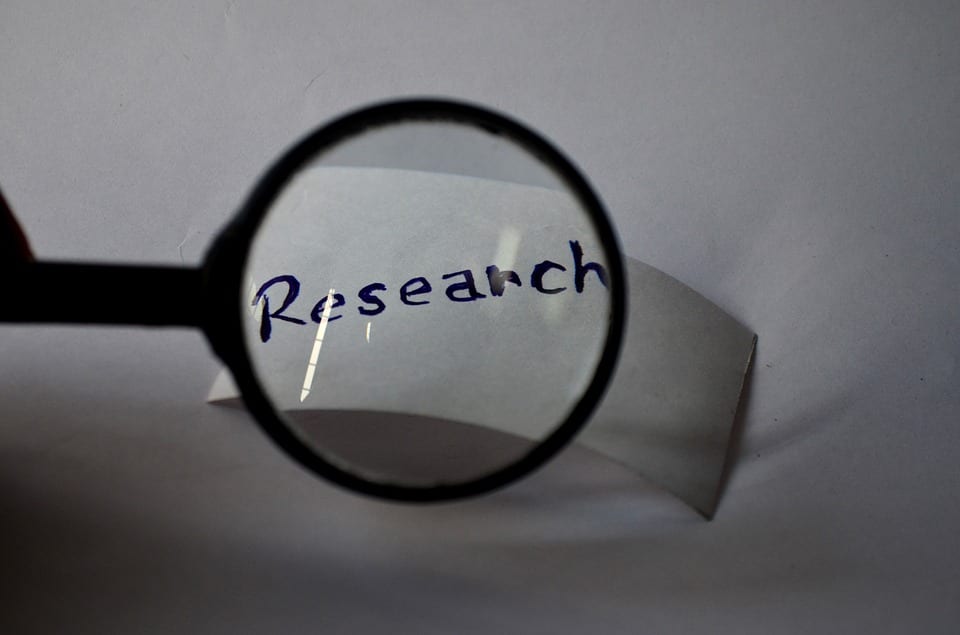 Currently, there are no direct associations linking alcohol consumption to SIBO, however, it has been reported that alcoholics have higher rates of SIBO, therefore the connection between these two factors is important to consider.

In a recent study conducted in 2014, researchers studied a total of 196 patients, 93 of whom had tested positive for SIBO using the lactulose breath test (LBT).

The study, therefore, demonstrated that alcohol consumption can increase the susceptibility of an individual to develop SIBO, even in moderate amounts.

It is important to note that this study lacked information on exactly which alcoholic beverages the patients consumed during the week.

For example, if many of the patients who showed a positive LBT consumed a beer every day, which on average contains 13 g of alcohol per can and lots of fermentable carbohydrates, would it be surprising that these same individuals became more susceptible to SIBO?

As many individuals with SIBO already know, the bacteria in the small intestine can excessively ferment carbohydrates, thereby causing many of the gastrointestinal symptoms associated with the condition.

Because this information was not provided in this study, it is still not completely clear as to whether the consumption of alcohol and SIBO are directly related.

My Experience Drinking with SIBO and IBS

Since there isn’t a ton of research on how alcohol specifically affects people with SIBO or IBS I think it’s important to share my first-hand experience.

First off, I really don’t drink much just because I do notice the negative effects alcohol has on my gut.

For me, I have noticed that if I drink too much then it can cause diarrhea, fatigue, and weaken motility and gut function. I’ve learned that for people who already deal with an intestinal issue, like myself, drinking a lot probably isn’t going to be a good idea.

That being said, I am human and do enjoy going out with friends and socializing. Most of the time I don’t drink but there are occasions where I’ll have a few drinks if I’m feeling up to it.

I have found that if I choose the right drinks and don’t overdo them, then my body and gut can usually recover after a day or two.

This is what I’ve found is best if I do drink:

Choosing an Alcohol with Gut Issues 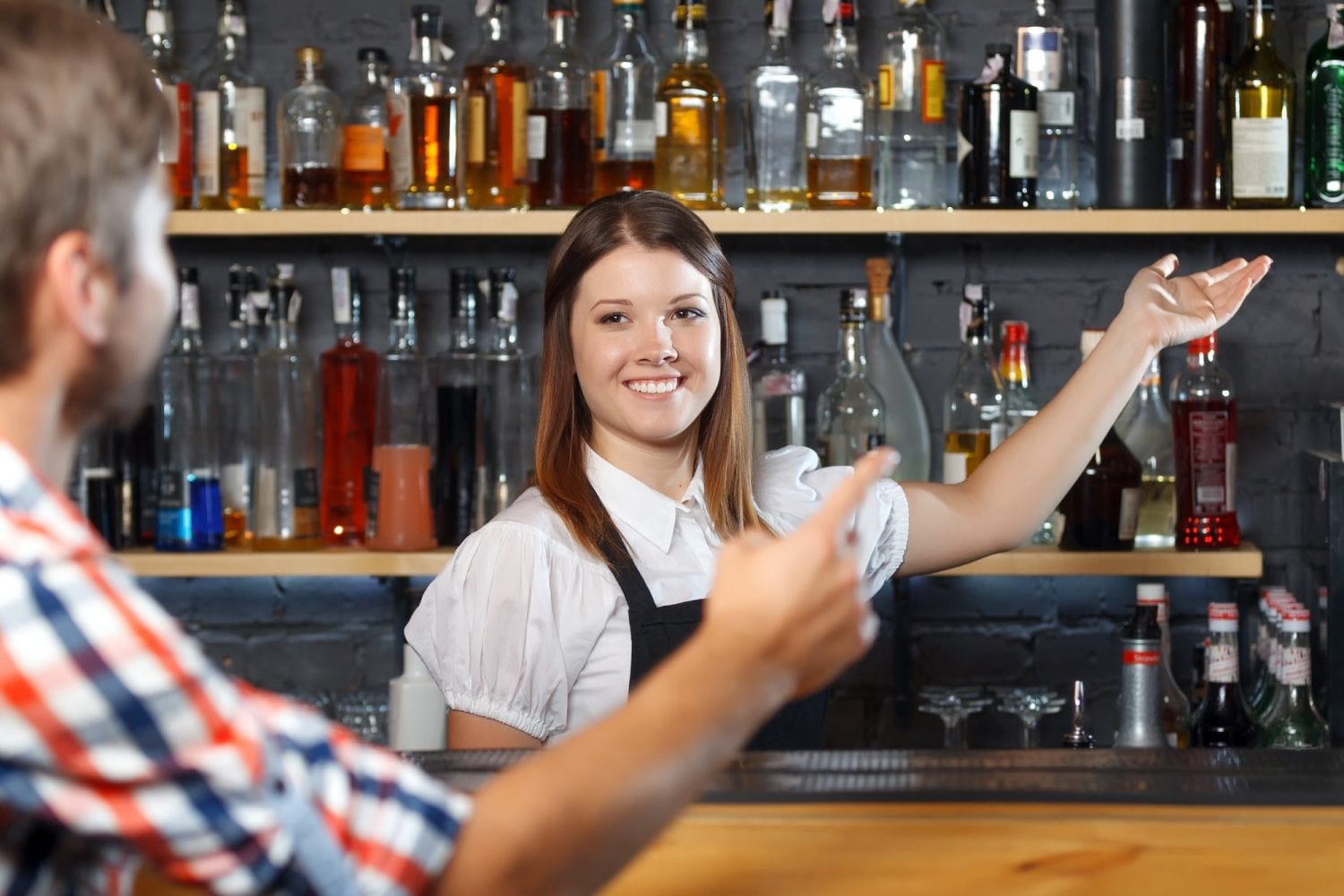 Despite the inconclusive evidence, people who have experience dealing with SIBO may suggest that you abstain from drinking as a result of the numerous digestive issues that are associated with its consumption.

Others may be able to tolerate small amounts of alcohol here and there. If you have SIBO, IBS, or any other type of gastrointestinal issue, and still enjoy alcohol in moderation, there are certain ways in which you can limit its ability to cause negative effects on your digestive health.

What NOT to drink: Worst Alcohol for Ulcers

This type of alcoholic beverage is a distilled liquor that has been flavored with a number of added sugars, sweeteners, fruit, cream, herbs or spices. The high sugar content in liqueur can promote SIBO symptoms to occur.

As previously mentioned, beer contains a high concentration of carbohydrates, but it can also be filled with added sugars and yeast, which makes this drink choice especially dangerous for SIBO patients.

Dessert wines such as Moscato, certain types of Riesling, and Rosé will often have a much higher sugar content as compared to other types of wine, which can make these wines less tolerable for individuals with SIBO and IBS.

Below is a list of alcoholic drinks that are much safer options for individuals with SIBO, IBS and are more “ulcer friendly” I suppose. These alcohols are cleaner, contain lower amounts of FODMAPS, and are gluten-free. 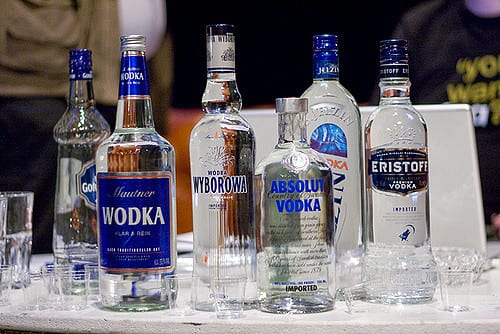 Considered to be one of the “cleanest” liquors available, vodka is often made from grains such as corn, rye, wheat, and sorghum, however; it can also be made from potatoes, molasses, sugar beets, soybeans, and grapes.

The distillation process of vodka is often conducted by filtering the liquor through charcoal to eliminate any unwanted colors and flavors from entering the final product; a process that is typically repeated multiple times.

While most types of liquors will exhibit a high content of fusel oils and congeners, vodka often contains the lowest levels of these byproducts of alcohol fermentation. 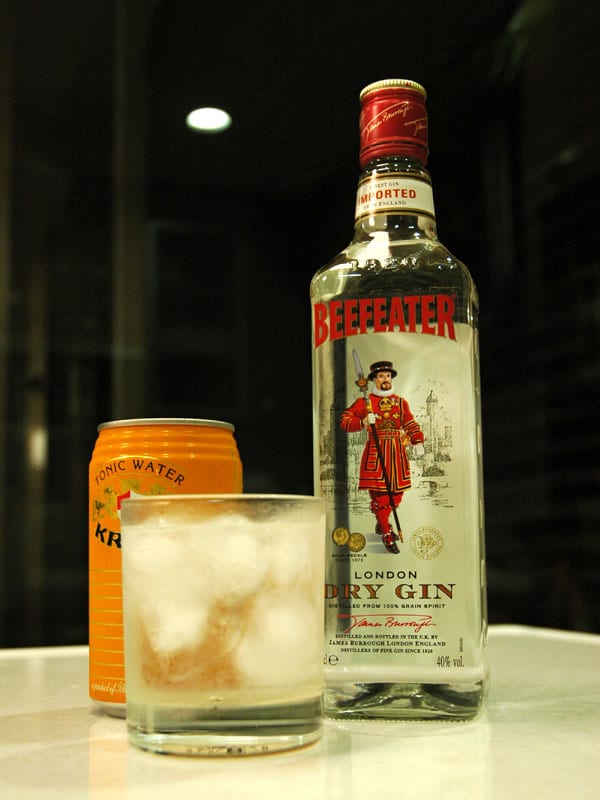 Derived from a mixture of juniper barriers and neutral alcohol, gin’s natural flavors are usually citrus and spices. The limited fermentation required to make gin makes this alcohol an ideal liquor option for those with gastrointestinal issues. 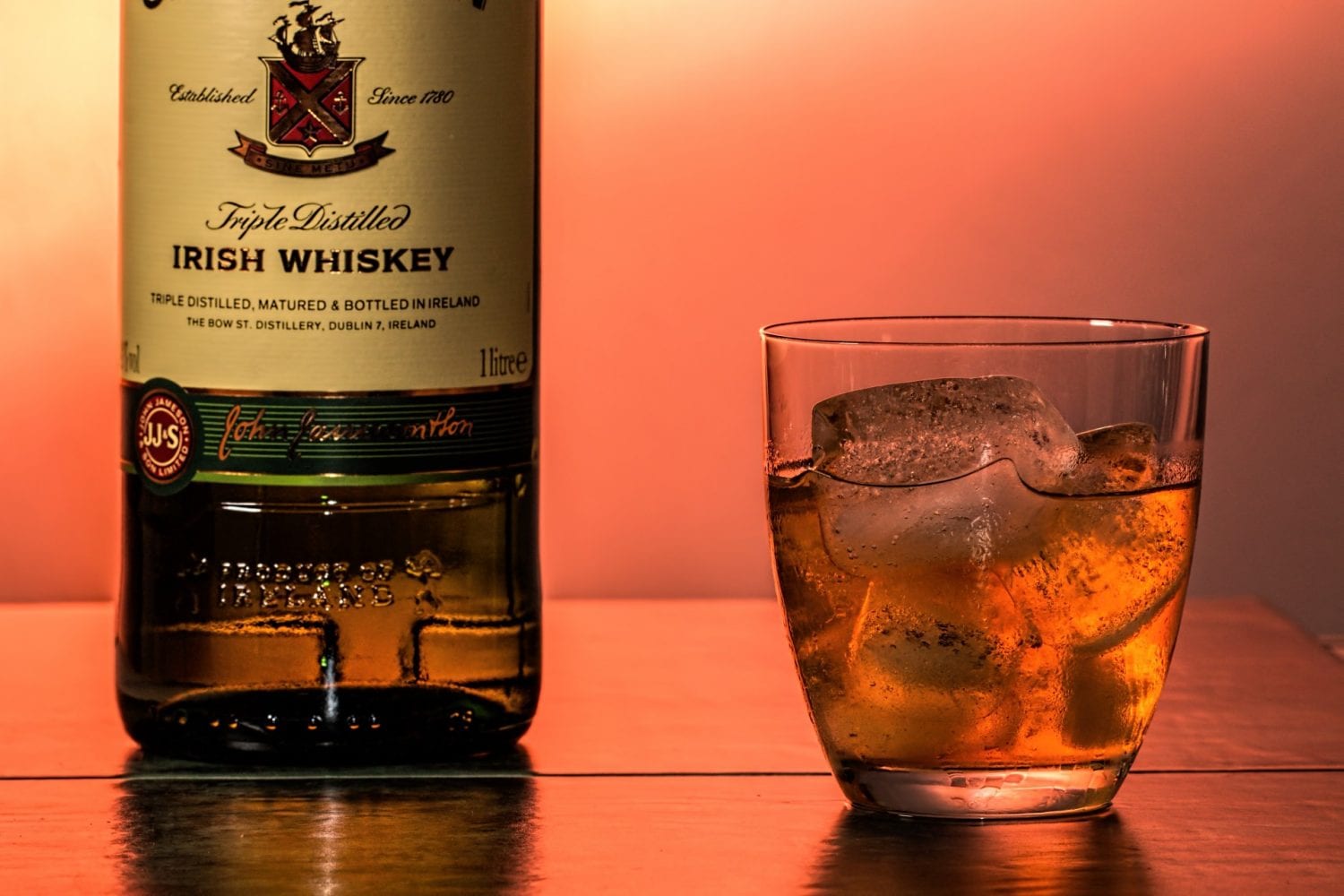 Whiskey can be made from a number of grain mashes including rye, malted rye, barley, malted barley, wheat, and corn.

All whiskeys are considered to be safe options for individuals with gastrointestinal issues, especially those who incorporate the specific carbohydrate diet (SCD) into their daily life. 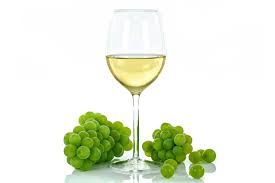 Wines that are below a 1% residual sugar percentage (RS) are typically safe for individuals with SIBO or IBS. Despite the fact that many manufacturers are not required to list the RS percentage on their wine labels, both dry red and white wines typically fall within a safe RS percentage.

While these drink options may not cause any significant digestive symptoms to occur, it is important to remember to maintain moderation when consuming alcohol, since alcohol alone can cause digestive distress.

Moderate alcohol consumption, therefore, means that an individual with SIBO, IBS, or any other type of gastrointestinal issue should limit himself or herself to consuming one to two drinks once or twice a week and choose alcohols that they can tolerate.